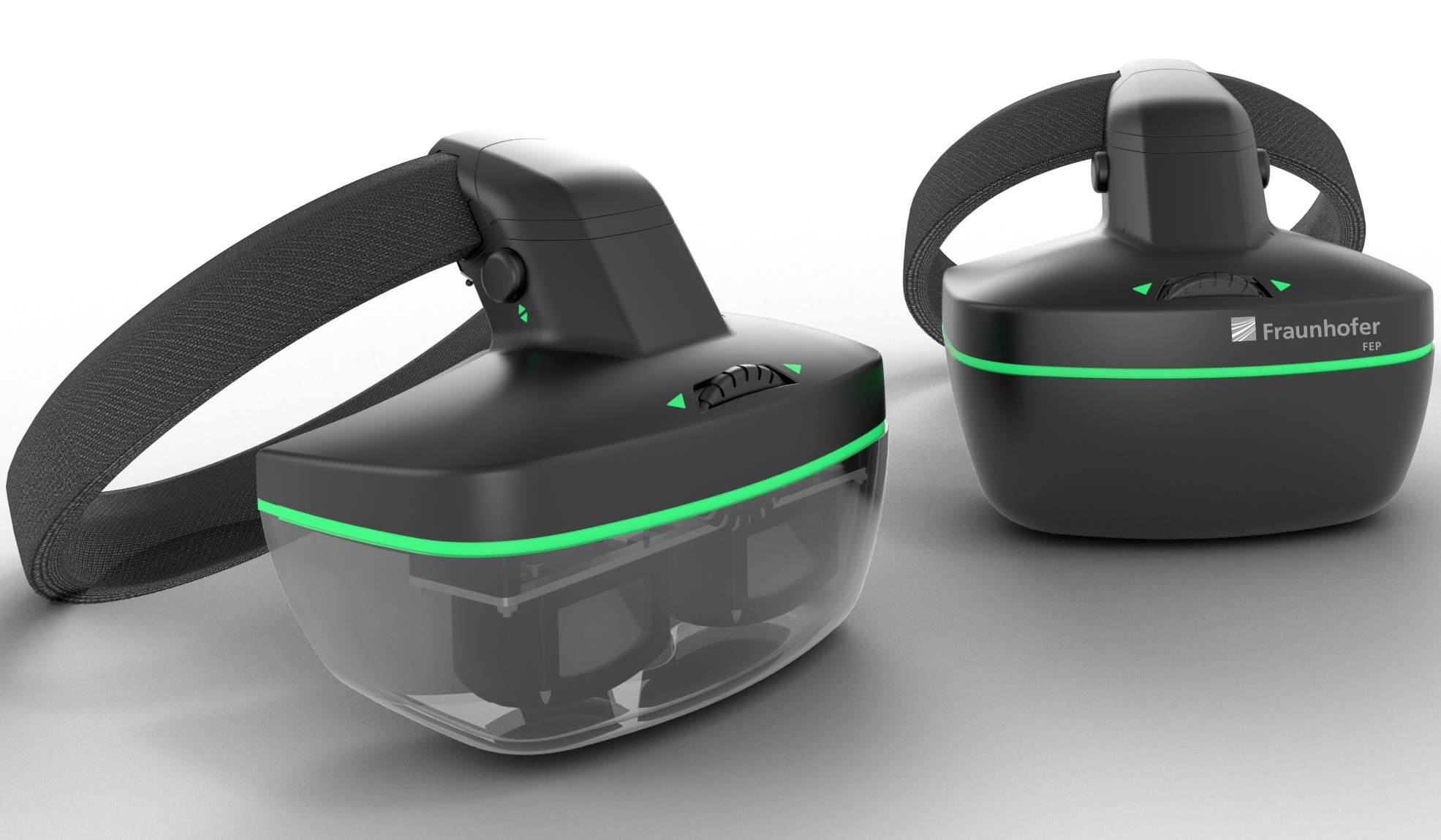 The bidirectional OLED microdisplays developed at Fraunhofer FEP were successfully integrated for the first time into a demonstrator of data glasses for representing augmented and virtual realties (AR and VR) as well as 2D and 3D content. The new data glasses will be debuted during awe europe in the Munich Ordercenter (MOC Veranstaltungscenter München) at the Fraunhofer FEP booth (No. 420) October 19 – 20, 2017.

It is difficult to imagine the entertainment and gaming sectors without data glasses and the associated virtual and augmented realities (VR and AR). But those are not the only sectors where they are being used. Data glasses are being increasingly employed in professional realms as well, offering designers, mechanics, surgeons, and first responders assistance with their tasks. Data glasses can also be employed as a teaching medium in nearly all fields.

To achieve high user acceptance, it is necessary to offer excellent imaging quality, and this in turn is where the high-resolution displays developed at Fraunhofer FEP are essential. Extensive experience as well as comprehensive technological and process know-how enable us to develop and fabricate OLED microdisplays suited to a diverse range of applications. Fraunhofer FEP also possesses broad experience in the area of microdisplay integration into data glasses, deriving from its wide range of projects. The microdisplays have been integrated in various demonstration samples, tested in many different scenarios, and further developed. Now an additional step has been taken to open access to new applications.

An existing demonstration sample was modified together with the junior professorship of technological design at TU Dresden in such a way that it can be employed for AR as well as VR applications. In addition, different image content can be directed to each display per eye, creating a 3D effect for the user. With standardized HDMI and USB interfaces, the data glasses can be utilized with practically every video source. As a result, clients are able to evaluate various applications using the identical hardware. 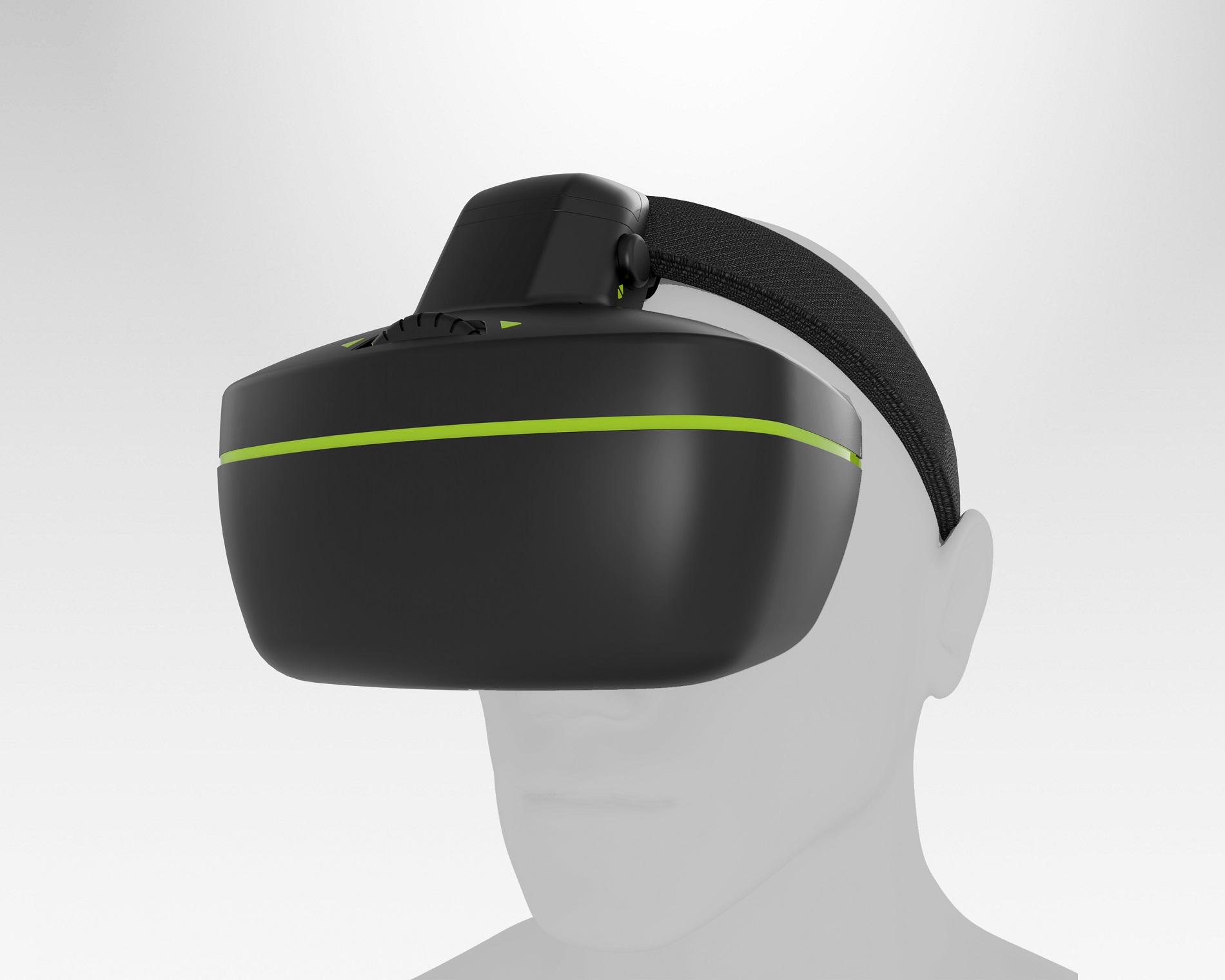 Developer Judith Baumgarten from Fraunhofer FEP explains: "We not only can show the quality and versatility of our microdisplays with this demonstrator, it provides proof of our know-how in the area of electronic design.”

The scientists utilized bidirectional microdisplays with a resolution of 800x600 pixels for this first demonstrator, integrating photodiodes on the chip besides the OLED pixels. In this way, the eye of the user can be recorded in addition to information being displayed – potentially making an eye-tracking system feasible.

Besides the described one, further demonstrators of data eyeglasses will be presented at booth no. 420 during awe Europe in Munich. Scientists of Fraunhofer FEP will be available and pleased to discuss also the technological background and future projects and challenges like the development and realization of a more compact system at same or extended performance with potential project partners and interested visitors.