Is a stretchable smart tablet in our future? 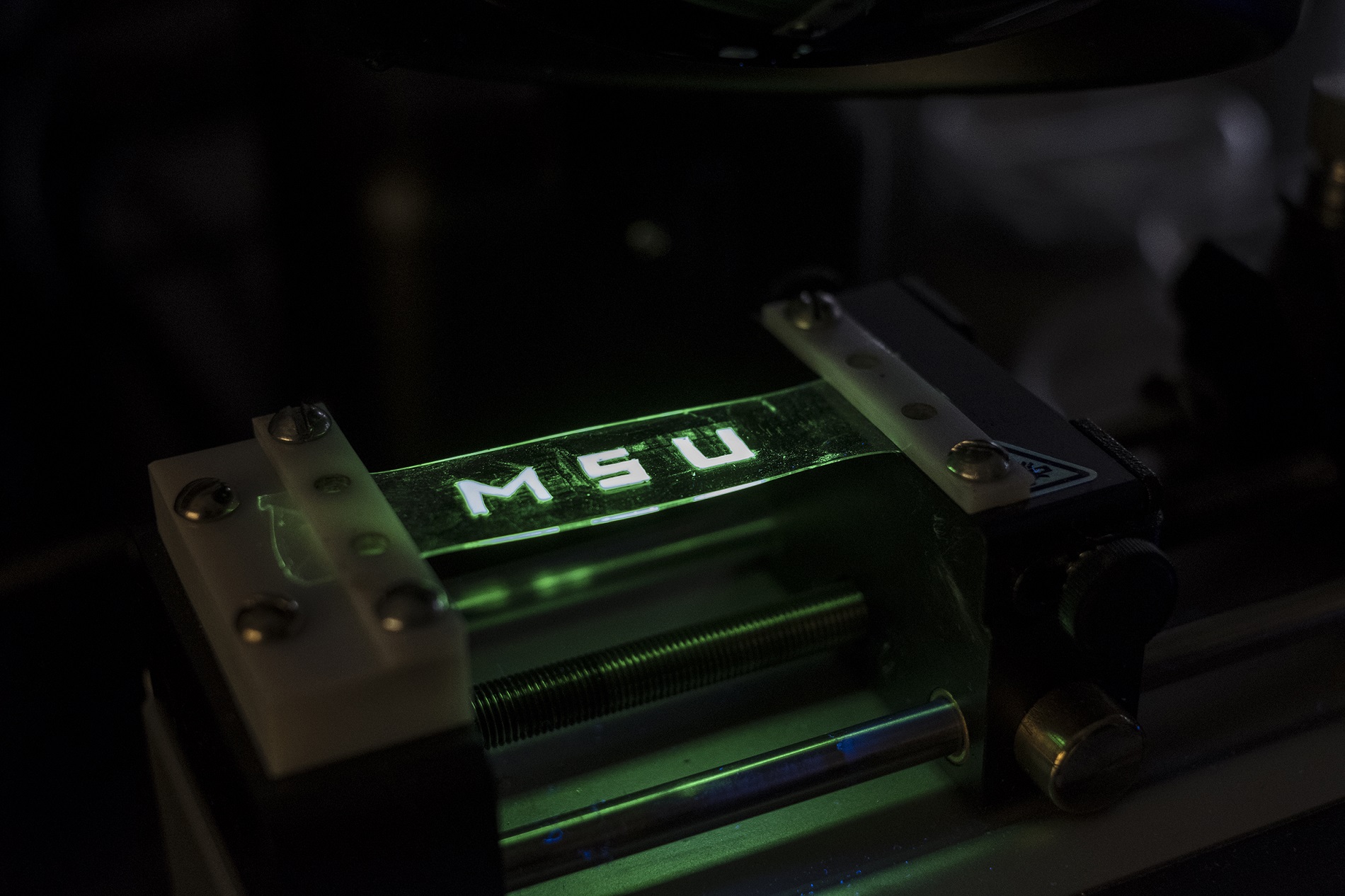 MSU engineer Chuan Wang and colleagues have created a stretchable light-emitting material that is produced entirely on an inkjet printer. Photo by Kurt Stepnitz

Engineering researchers at Michigan State University have developed the first stretchable integrated circuit that is made entirely using an inkjet printer, raising the possibility of inexpensive mass production of smart fabric.

Imagine: an ultrathin smart tablet that can be stretched from mini-size to extra large. Or a rubber band-like wrist monitor that measures one’s heartbeat. Or wallpaper that turns an entire wall into an electronic display.

These are some of the potential applications of the stretchable smart fabric developed in the lab of Chuan Wang, assistant professor of electrical and computer engineering. And because the material can be produced on a standard printer, it has a major potential cost advantage over current technologies that are expensive to manufacture. 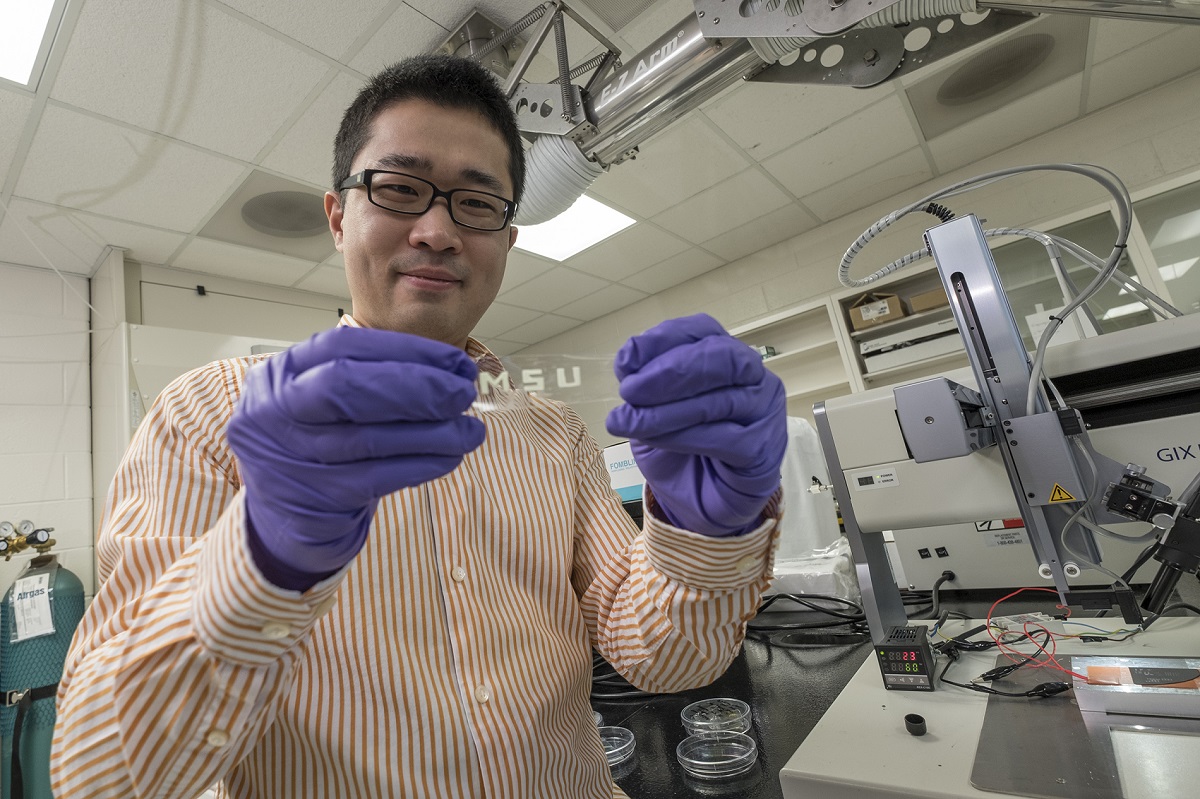 Chuan Wang, assistant professor of engineering at Michigan State University, displays the stretchable electronic material he and his research team developed in his lab. Photo by Kurt Stepnitz

The smart fabric is made up of several materials fabricated from nanomaterials and organic compounds. These compounds are dissolved in solution to produce different electronic inks, which are run through the printer to make the devices.

From the ink, Wang and his team have successfully created the elastic material, the circuit and the organic light-emitting diode, or OLED. The next step is combining the circuit and OLED into a single pixel, which Wang estimates will take one to two years. There are generally millions of pixels just underneath the screen of a smart tablet or a large display. 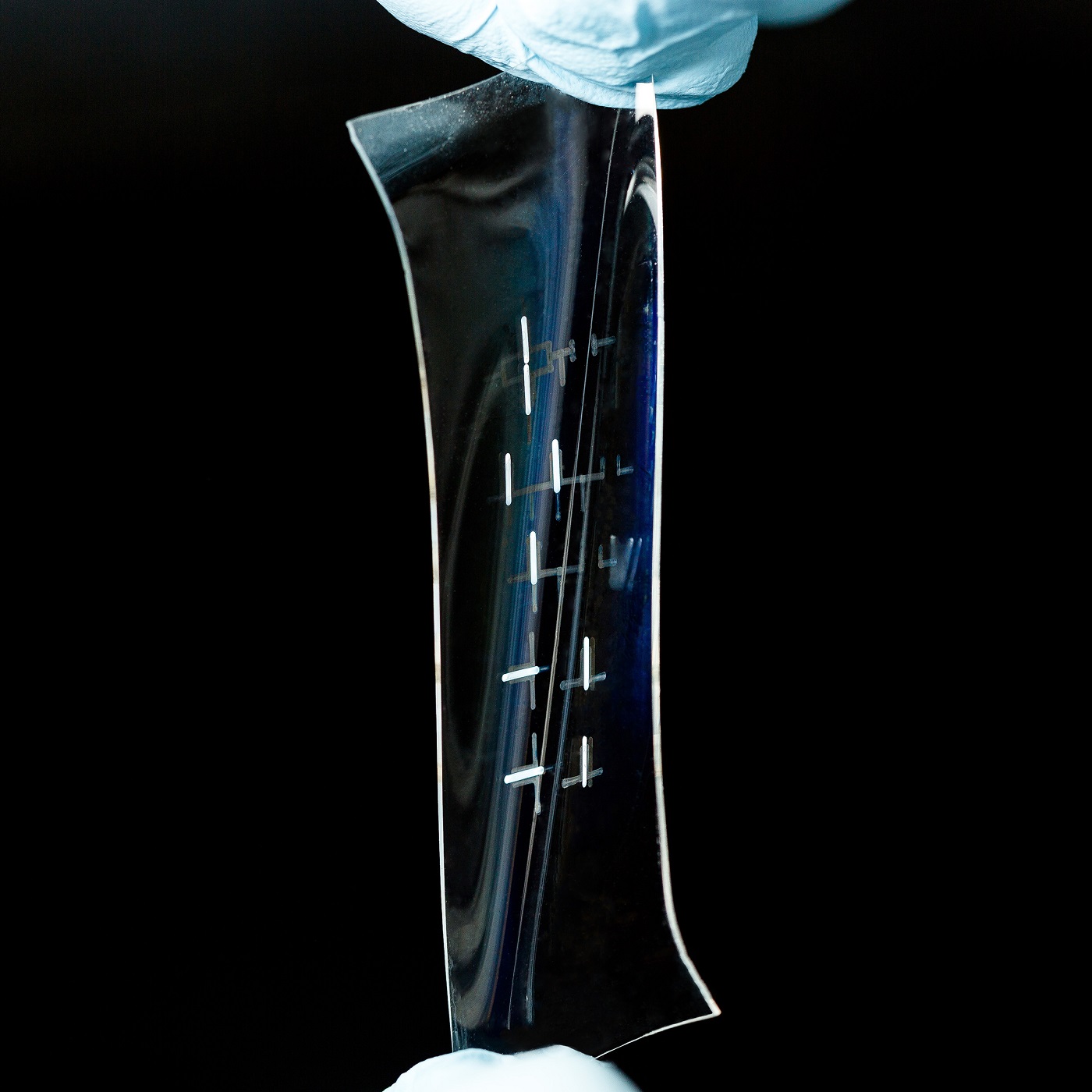 The smart fabric created by MSU engineers, shown here in its "stretched" state, could one day lead to an ultra-thin smart tablet that could be manually stretched to a larger size. Photo by Chuan Wang

Once the researchers successfully combine the circuit and OLED into a working pixel, the smart fabric can be potentially commercialized.

Conceivably, Wang said, the stretchable electronic fabric can be folded and put in one’s pocket without breaking. This is an advantage over current “flexible” electronics material technology that cannot be folded. 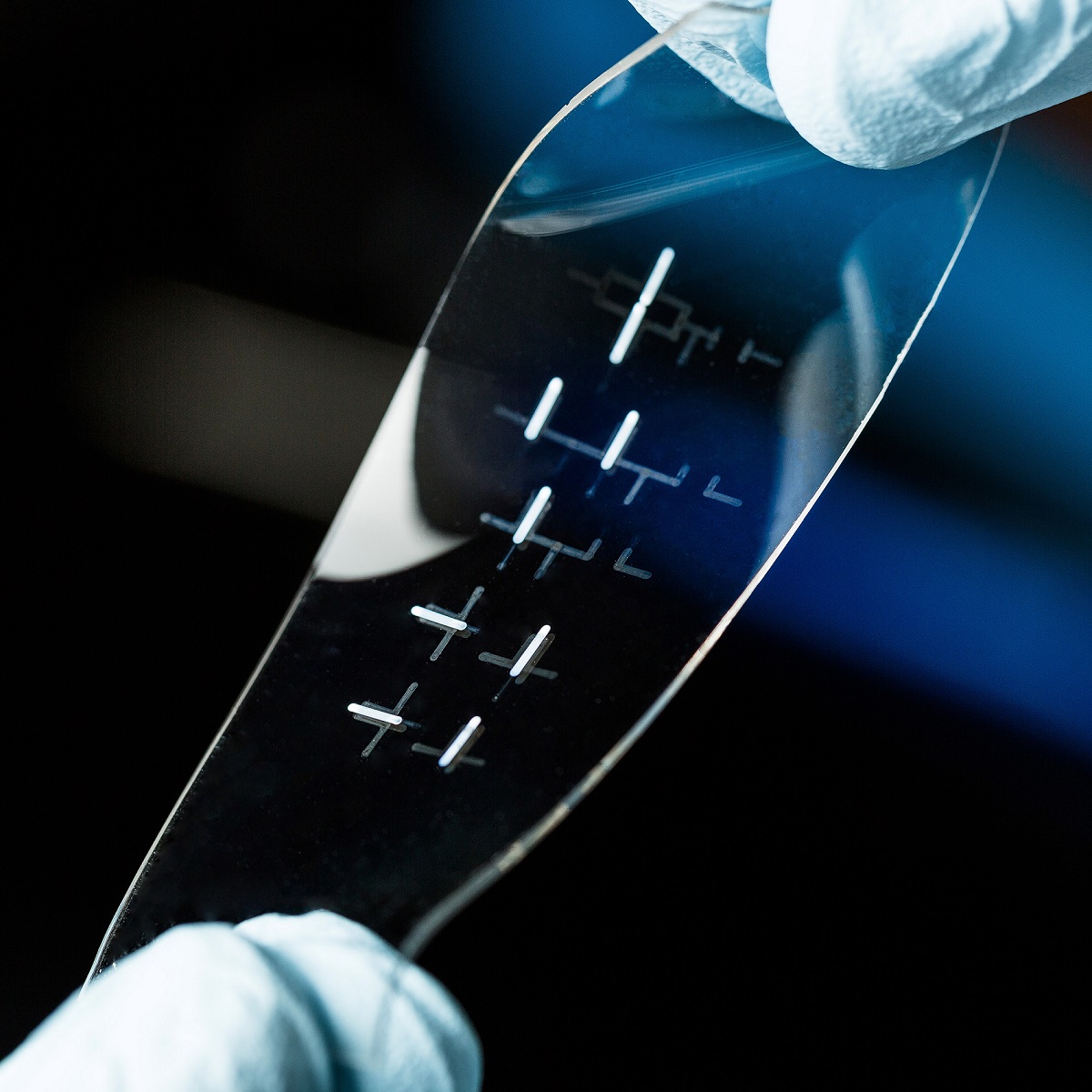 A stretchable electronic fabric created by MSU engineers, shown here in its "relaxed" state, can be produced entirely on an inkjet printer. Photo by Chuan Wang

“We have created a new technology that is not yet available,” Wang said. “And we have taken it one big step beyond the flexible screens that are about to become commercially available.”

The groundbreaking discovery of the ink-fabricated stretchable circuitry was published recently in the journal ACS Nano. Wang’s co-researchers were Le Cai, Suoming Zhang and Jinshui Miao of MSU and Zhibin Yu of Florida State University.