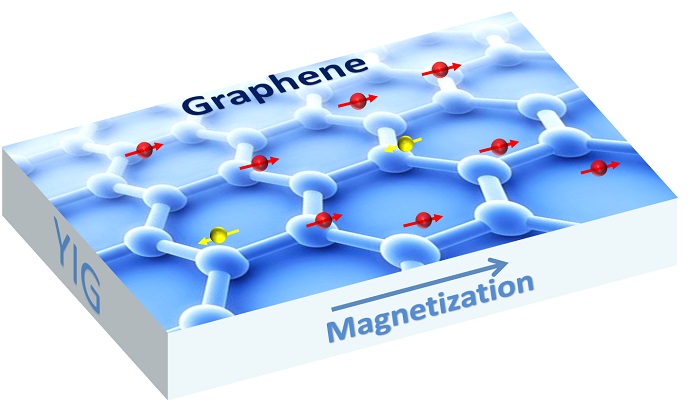 RIVERSIDE, Calif. – Graphene, a one-atom thick sheet of carbon atoms arranged in a hexagonal lattice, has many desirable properties. Magnetism alas is not one of them. Magnetism can be induced in graphene by doping it with magnetic impurities, but this doping tends to disrupt graphene’s electronic properties.

Now a team of physicists at the University of California, Riverside has found an ingenious way to induce magnetism in graphene while also preserving graphene’s electronic properties. They have accomplished this by bringing a graphene sheet very close to a magnetic insulator – an electrical insulator with magnetic properties.

“This is the first time that graphene has been made magnetic this way,” said Jing Shi, a professor of physics and astronomy, whose lab led the research. “The magnetic graphene acquires new electronic properties so that new quantum phenomena can arise. These properties can lead to new electronic devices that are more robust and multi-functional.”

The finding has the potential to increase graphene’s use in computers, as in computer chips that use electronic spin to store data.

In their experiments, Shi and his team exposed the graphene to an external magnetic field.  They found that graphene’s Hall voltage – a voltage in the perpendicular direction to the current flow – depended linearly on the magnetization of yttrium iron garnet (a phenomenon known as the anomalous Hall effect, seen in magnetic materials like iron and cobalt).  This confirmed that their graphene sheet had turned magnetic.

Grants to Shi and his team members from the U.S. Department of Energy and the National Science Foundation supported the research. 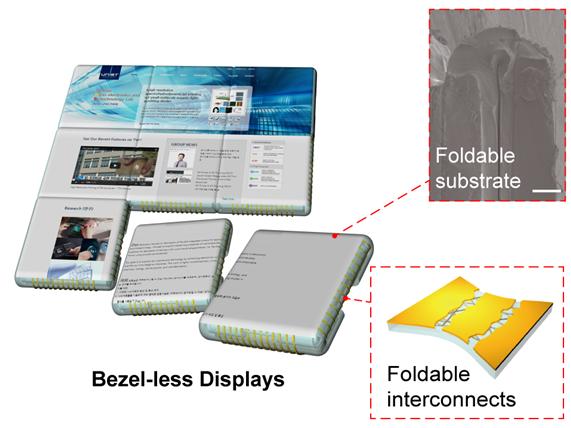 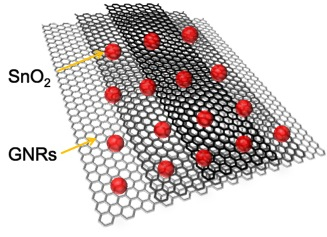