Quantum physicist Mikko Möttönen and his team at Aalto University have invented a quantum-circuit refrigerator, which can reduce errors in quantum computing. 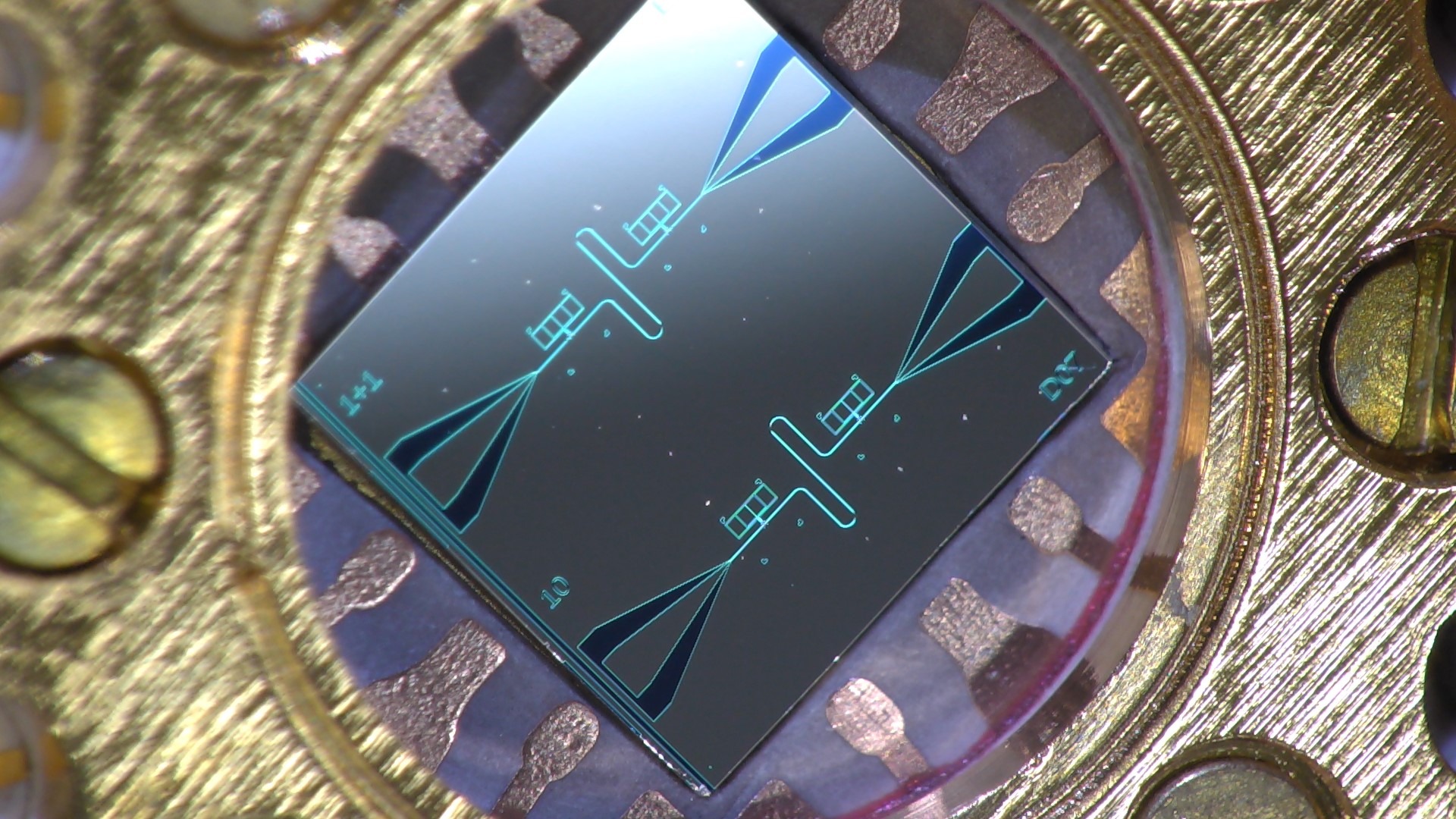 Photo of the centimeter-sized silicon chip, which has two parallel superconducting oscillators and the quantum-circuit refrigerators connected to them. Credit: Kuan Yen Tan.

The global race towards a functioning quantum computer is on. With future quantum computers, we will be able to solve previously impossible problems and develop, for example, complex medicines, fertilizers, or artificial intelligence.

The research results published today in the scientific journal, Nature Communications, suggest how harmful errors in quantum computing can be removed. This is a new twist towards a functioning quantum computer. 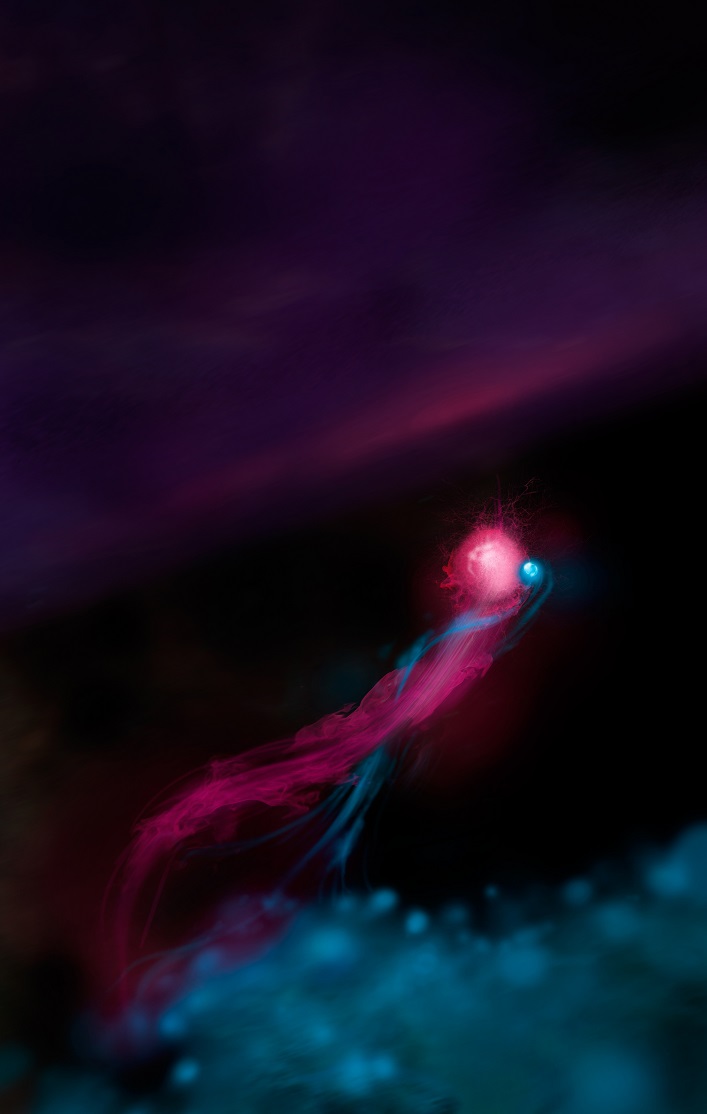 Artistic impression of the quantum-circuit refrigerator in action. As an electron tunnels, it simultaneously captures a photon from a quantum device, which leads to cooling of the device. Credit: Heikka Valja.

How quantum computers differ from the computers that we use today is that instead of normal bits, they compute with quantum bits, or qubits. The bits being crunched in your laptop are either zeros or ones, whereas a qubit can exist simultaneously in both states. This versatility of qubits is needed for complex computing, but it also makes them sensitive to external perturbations.

Just like ordinary processors, a quantum computer also needs a cooling mechanism. In the future, thousands or even millions of logical qubits may be simultaneously used in computation, and in order to obtain the correct result, every qubit has to be reset in the beginning of the computation. If the qubits are too hot, they cannot be initialized because they are switching between different states too much. This is the problem Möttönen and his group have developed a solution to.

The nanoscale refrigerator developed by the research group at Aalto University solves a massive challenge: with its help, most electrical quantum devices can be initialized quickly. The devices thus become more powerful and reliable.

“I have worked on this gadget for five years and it finally works!” rejoices Kuan Yen Tan, who works as a postdoctoral researcher in Möttönen’s group.

Tan cooled down a qubit-like superconducting resonator utilizing the tunneling of single electrons through a two-nanometer-thick insulator. He gave the electrons slightly too little energy from an external voltage source than what is needed for direct tunneling. Therefore, the electron captures the missing energy required for tunneling from the nearby quantum device, and hence the device loses energy and cools down. The cooling can be switched off by adjusting the external voltage to zero. Then, even the energy available from the quantum device is not enough to push the electron through the insulator.

“Our refrigerator keeps quanta in order,” Mikko Möttönen sums up.

Next, the group plans to cool actual quantum bits in addition to resonators. The researchers also want to lower the minimum temperature achievable with the refrigerator and make its on/off switch super fast.

The research results can be accessed at https://www.nature.com/articles/ncomms15189