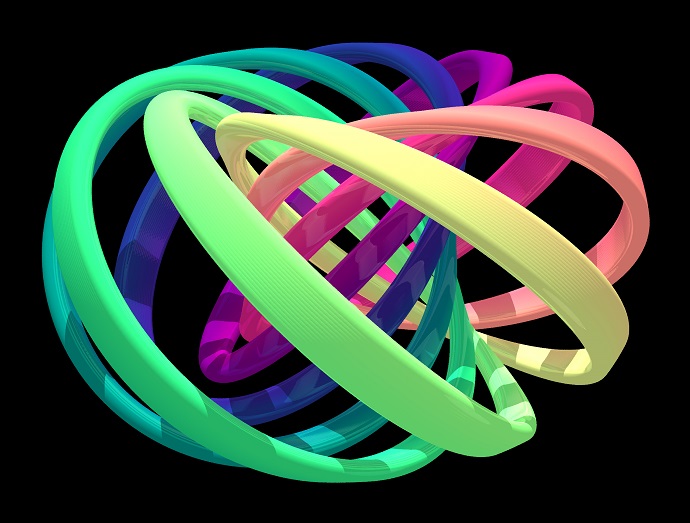 Figure 1: Visualization of the structure of the created quantum knot. Each colorful band represents a set of nearby directions of the quantum field that is knotted. Note that each band is twisted and linked with the others once. Untying the knot requires the bands to separate, which is not possible without breaking them. See instruction below to access the full-resolution image. Credit: David Hall.

The very first experimental observations of knots in quantum matter have just been reported in Nature Physics by scientists at Aalto University (Finland) and Amherst College (USA). The scientists created knotted solitary waves, or knot solitons, in the quantum-mechanical field describing a gas of superfluid atoms, also known as a Bose–Einstein condensate.

In contrast to knotted ropes, the created quantum knots exist in a field that assumes a certain direction at every point of space. The field segregates into an infinite number of linked rings, each with its own field direction. The resulting structure is topologically stable as it cannot be separated without breaking the rings. In other words, one cannot untie the knot within the superfluid unless one destroys the state of the quantum matter.

– To make this discovery we exposed a Rubidium condensate to rapid changes of a specifically tailored magnetic field, tying the knot in less than a thousandth of a second. After we learned how to tie the first quantum knot, we have become rather good at it. Thus far, we have tied several hundred such knots, says Professor David Hall, Amherst College.

Figure 2: Experimental images of the superfluid in the course of the knot tying process. Tying time advances from the left to right as indicated. The brightness denotes the particle density corresponding to the field direction up or down. The black circles in the rightmost panel reveal the colorful torus shown in Figure 1 where the field direction points sideways. See instruction below to access the full-resolution image. Credit: David Hall.

The scientists tied the knot by squeezing the structure into the condensate from its outskirts. This required them to initialize the quantum field to point in a particular direction, after which they suddenly changed the applied magnetic field to bring an isolated null point, at which the magnetic field vanishes, into the center of the cloud. Then they just waited for less than a millisecond for the magnetic field to do its trick and tie the knot.

–For decades, physicists have been theoretically predicting that it should be possible to have knots in quantum fields, but nobody else has been able to make one. Now that we have seen these exotic beasts, we are really excited to study their peculiar properties. Importantly, our discovery connects to a diverse set of research fields including cosmology, fusion power, and quantum computers, says Professor Mikko Möttönen, Aalto University.

Knots have been used and appreciated by human civilizations for thousands of years. For example, they have enabled great seafaring expeditions and inspired intricate designs and patterns. The ancient Inca civilization used a system of knots known as quipu to store information. In modern times, knots have been thought to play important roles in the quantum-mechanical foundations of nature, although they have thus far remained unseen in quantum dynamics.

In everyday life, knots are typically tied on ropes or strings with two ends. However, these kinds of knots are not what mathematicians call topologically stable since they can be untied without cutting the rope. In stable knots, the ends of the ropes are glued together. Such knots can be relocated within the rope but cannot be untied without scissors.

Mathematically speaking, the created quantum knot realizes a mapping referred to as Hopf fibration that was discovered by Heinz Hopf in 1931. The Hopf fibration is still widely studied in physics and mathematics. Now it has been experimentally demonstrated for the first time in a quantum field.

–This is the beginning of the story of quantum knots. It would be great to see even more sophisticated quantum knots to appear such as those with knotted cores. Also it would be important to create these knots in conditions where the state of the quantum matter would be inherently stable. Such system would allow for detailed studies of the stability of the knot itself, says Mikko Möttönen. 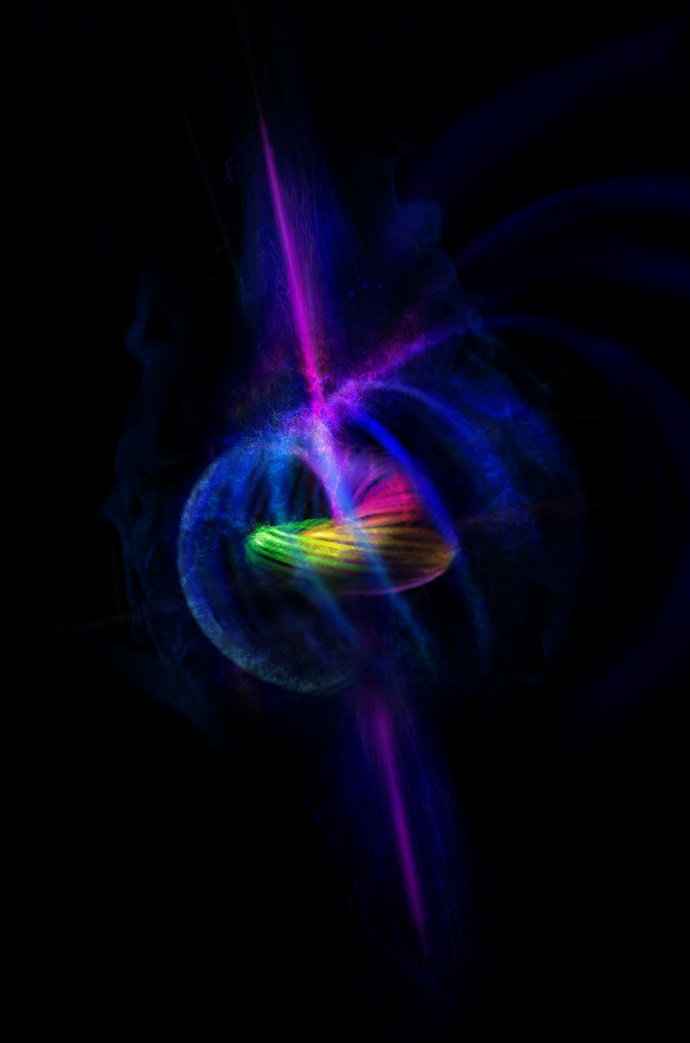 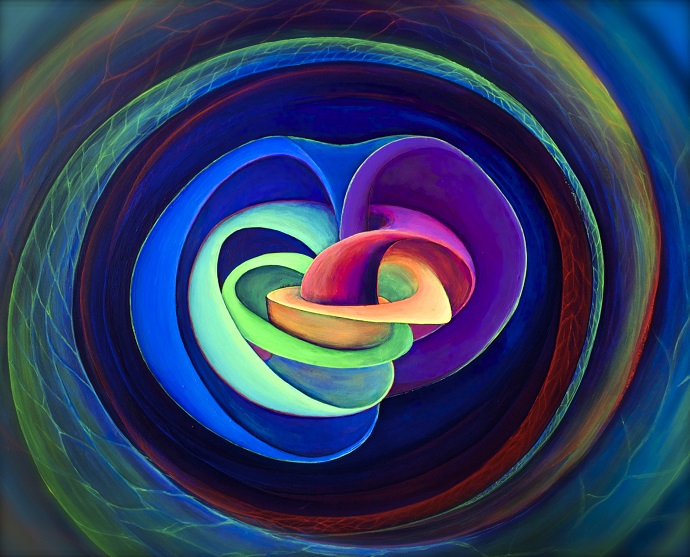 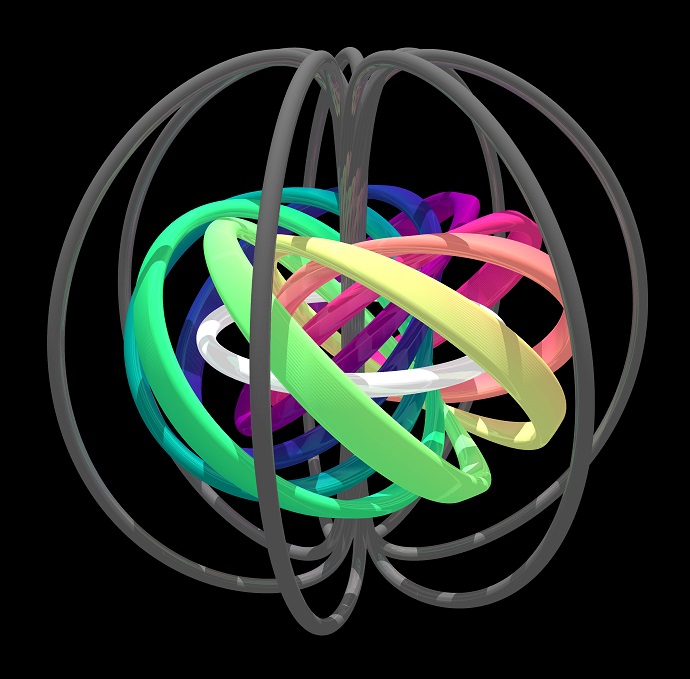 Figure 5: Topological structure of a quantum-mechanical knot soliton. The white ring is the core of the soliton (field pointing down), and the surrounding colored bands define a set of nested tori that illustrate the linked structure of its field lines. The boundary of the knot lies near the dark grey lines (field pointing up). Credit: David Hall. 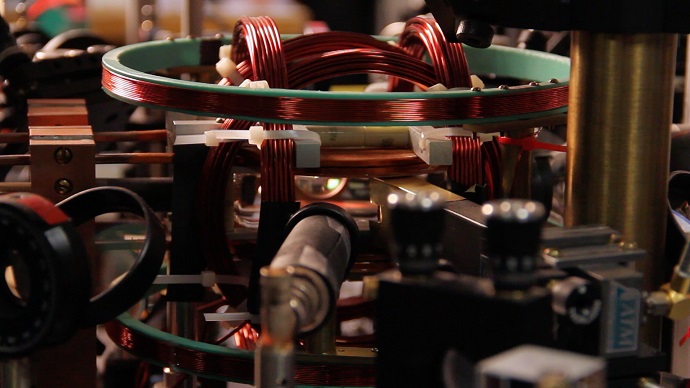 Figure 6: View towards the main experimental chamber of the apparatus, showing the magnetic field coils and optical components required to create the superfluid containing the quantum knot. See instruction above to access the full-resolution image. Credit: Marcus DeMaio/Amherst College April 2015. 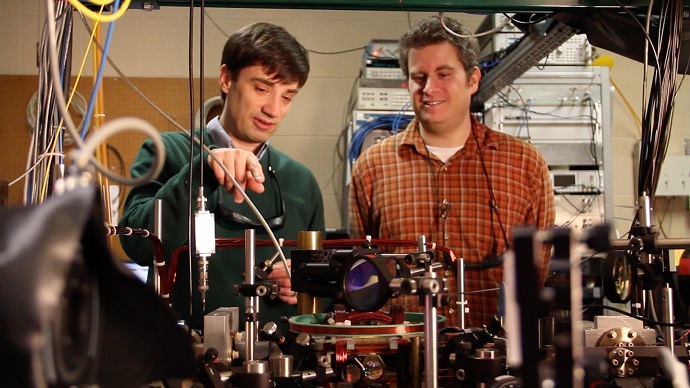 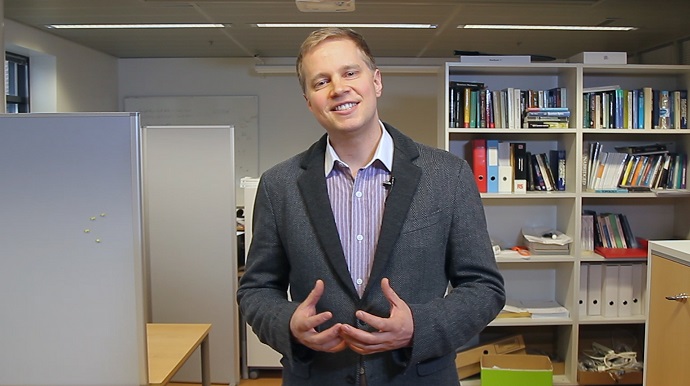 Prof. Mikko Möttönen explaining how quantum mechanics is all around us. See instruction above to access the full-resolution image. Credit: Heikki Jantunen/Unigrafia. 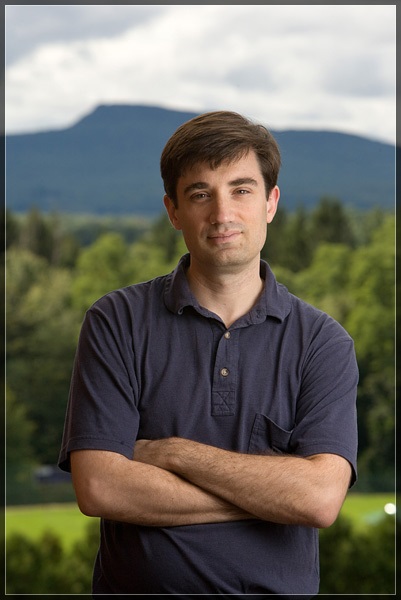 The research article (This article should be credited as the source of stories covered.)

(The submitted version of the manuscript is openly available at http://arxiv.org/abs/1512.08981)