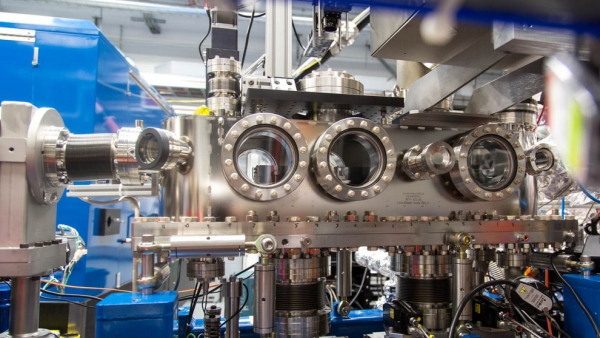 A new tool at SLAC's Linac Coherent Light Source splits individual X-ray laser pulses into two pulses that can hit a target one right after another with precisely controlled timing, allowing scientists to trigger and measure specific ultrafast changes in atoms and molecules.

Built through a collaboration of SLAC and Western Michigan University and installed in May, the system controls the tilt and height of two silicon mirrors to split the pulses and vary their arrival times by up to 200 femtoseconds, or quadrillionths of a second, with a timing accuracy down to a fraction of a femtosecond.

The soft X-ray split-and-delay tool has already been put to use in two experiments at LCLS.

"It's working even better than designed," said Brendan Murphy, a postdoctoral research associate at Western Michigan University who played a leading role in the system's development. "With these first experiments we've established that this is an effective tool that offers unique strengths over other approaches."

Nora Berrah of Western Michigan University, who has led pioneering experiments at LCLS, worked with John Bozek, a staff scientist who manages the LCLS Soft X-ray Department, to oversee the development of the split-and-delay system. Berrah said the split-and-delay tool can be used to study and refine the timeline of fundamental processes in molecules and atoms, such as the creation of highly charged states, and explore the rearrangement of an atom's innermost electrons.

In the first experiment using the system, a research team led by Berrah and Murphy measured the possible fundamental mechanisms for radiation damage in a large molecule to model damage in biomolecules. "We were watching how a big molecule falls apart after radiation damage," Berrah said, in order to understand how to best minimize this damage.

While there are already techniques and tools to divide X-ray pulses and produce closely spaced pulses, as well as several more in development for use at LCLS and other X-ray lasers, the new system is distinguished by its precise timing and the ability to measure the energy of every pulse. The first pulse "pumps" energy into the sample to create a specific response, and the following pulse probes and measures the resulting changes at a specific point in time. The energy signatures of the pump and probe pulses allow researchers to measure and interpret their effects on the sample.

Working in the soft X-ray range, this new system can be used to excite changes in atoms of a specific element, said Murphy, who is a part of Berrah's research group.

"You can pick which element you want to study in a given sample and even within a molecule," he said. 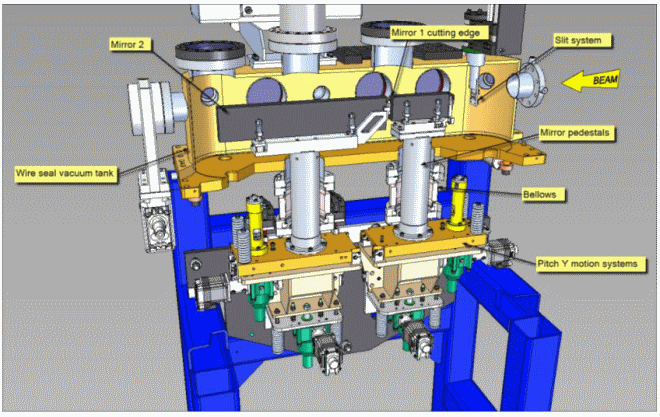 With other two-pulse techniques, a timing jitter, or fluctuations, typically make it difficult to precisely space the pulses. With this new split-delay tool, the spacing between pulses "is almost jitter-free on a scale of even the shortest X-ray pulses," Murphy said.

The system was funded through a Single Individual and Small Group Research grant (SISGR) awarded to Western Michigan University by the U.S. Department of Energy Basic Energy Sciences Division of Chemical Sciences, Geosciences and Energy Biosciences, and was also paid for with LCLS funds.