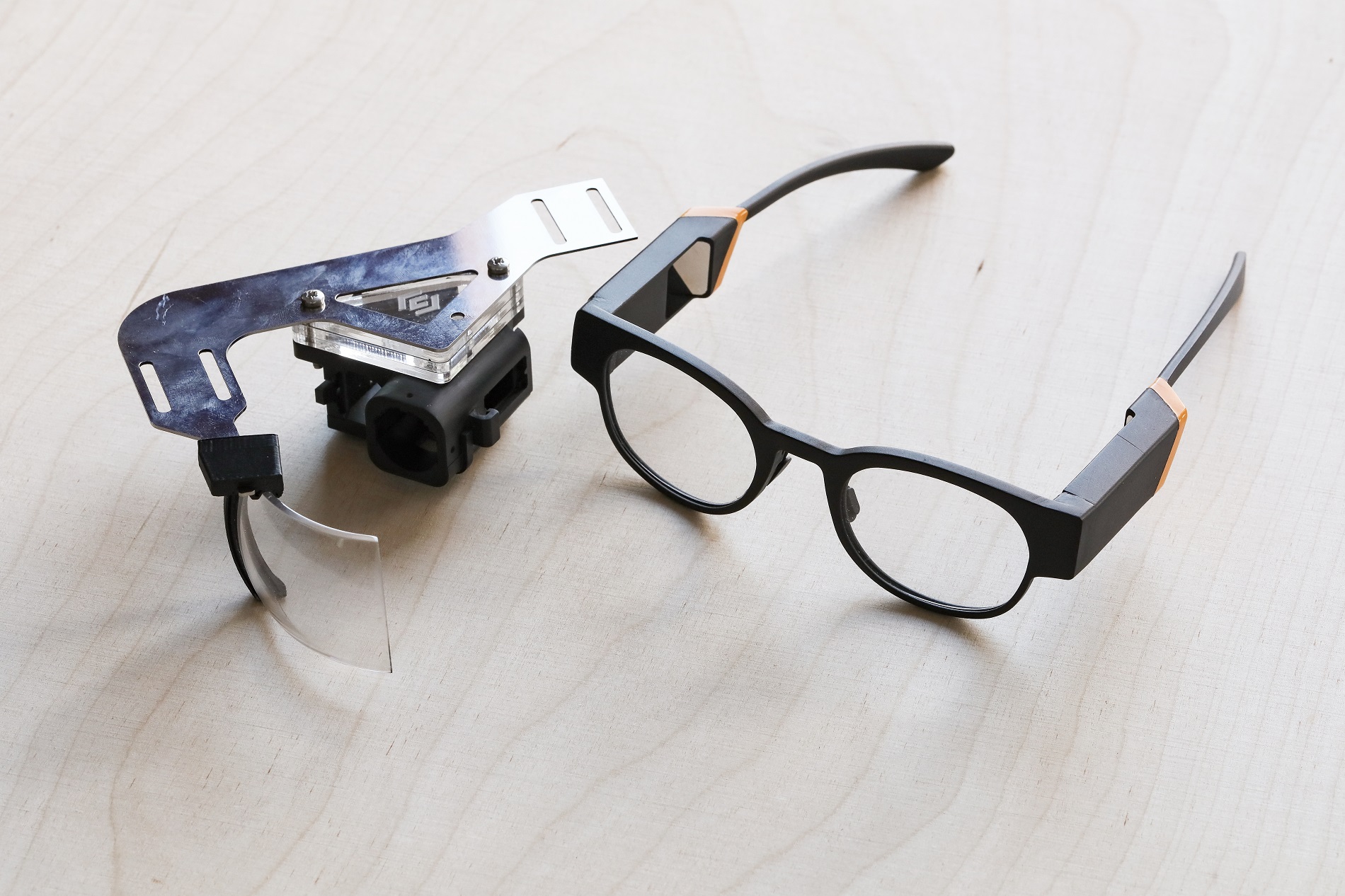 EPFL startup CREAL has developed a new technology that brings real-life image depth to the virtual world. Its image projection system helps to eliminate the nausea experienced by most users of existing technologies. The startup raised 7.3 million Swiss francs in 2019, and its technology attracted interest from a number of major industry players. 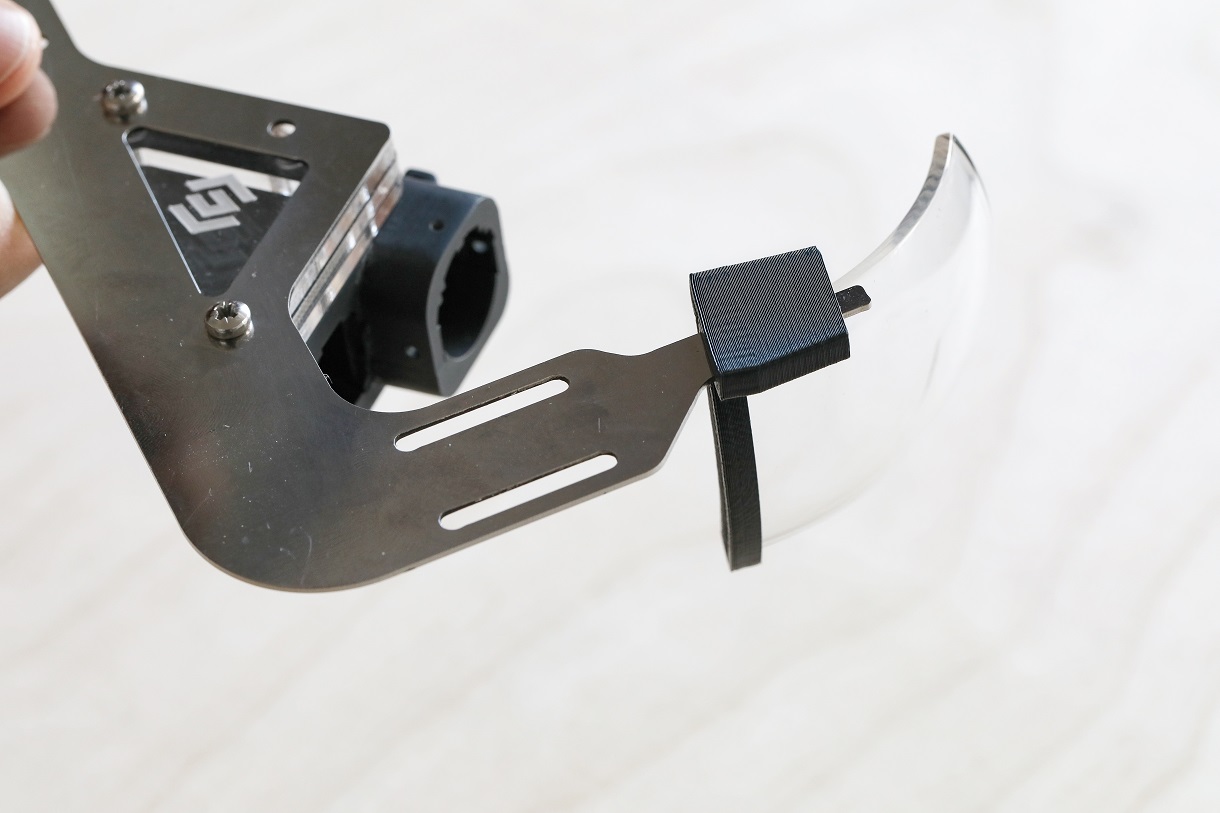 The holy grail for both virtual and augmented reality is to reproduce virtual objects as they would appear in the physical world, ray by ray. EPFL startup CREAL has moved one step closer to this goal with a disruptive piece of tech that is arousing strong interest. Instead of superimposing two flat images to create a stereoscopic imitation of a 3D effect, their device projects images in a similar way to a hologram and provides multidirectional light that is almost indistinguishable from real-world conditions. The startup raised 7.3 million Swiss francs in funding late last year, and its prototypes have caught the eye of some major players in this sector. 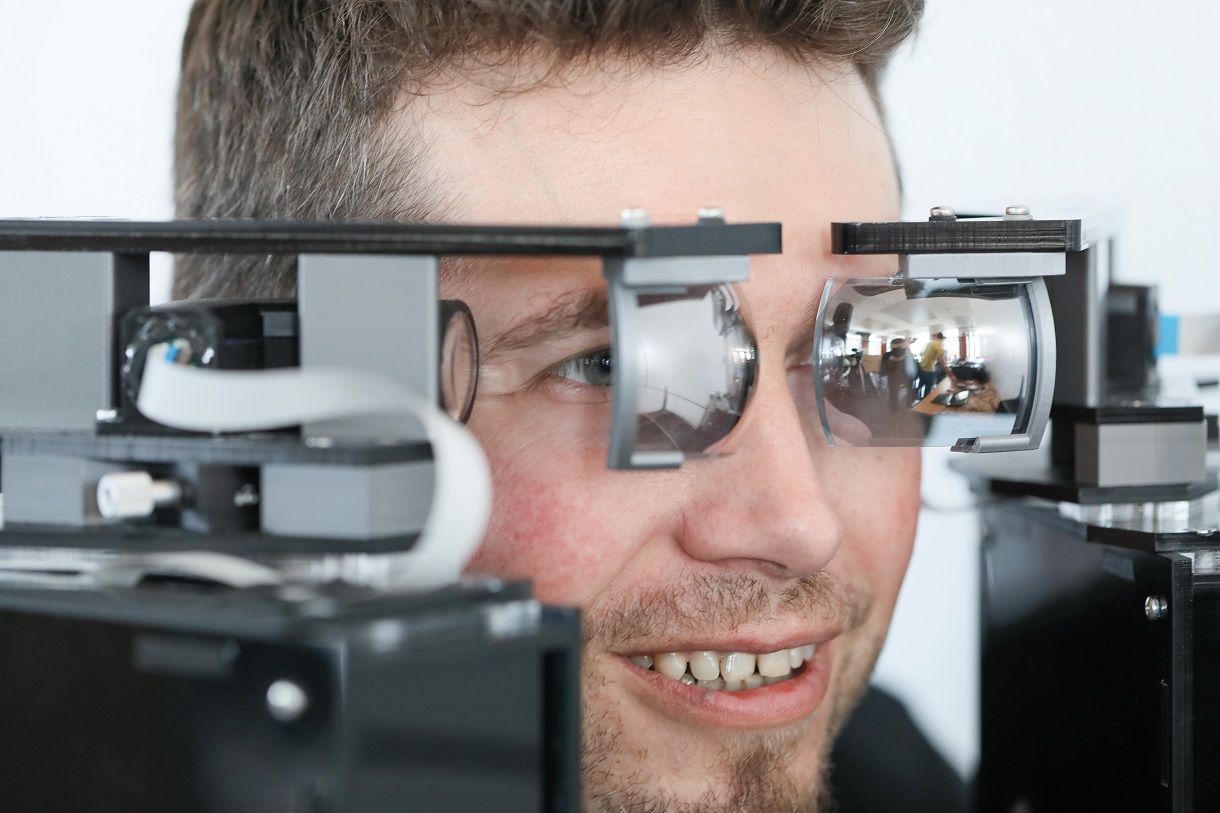 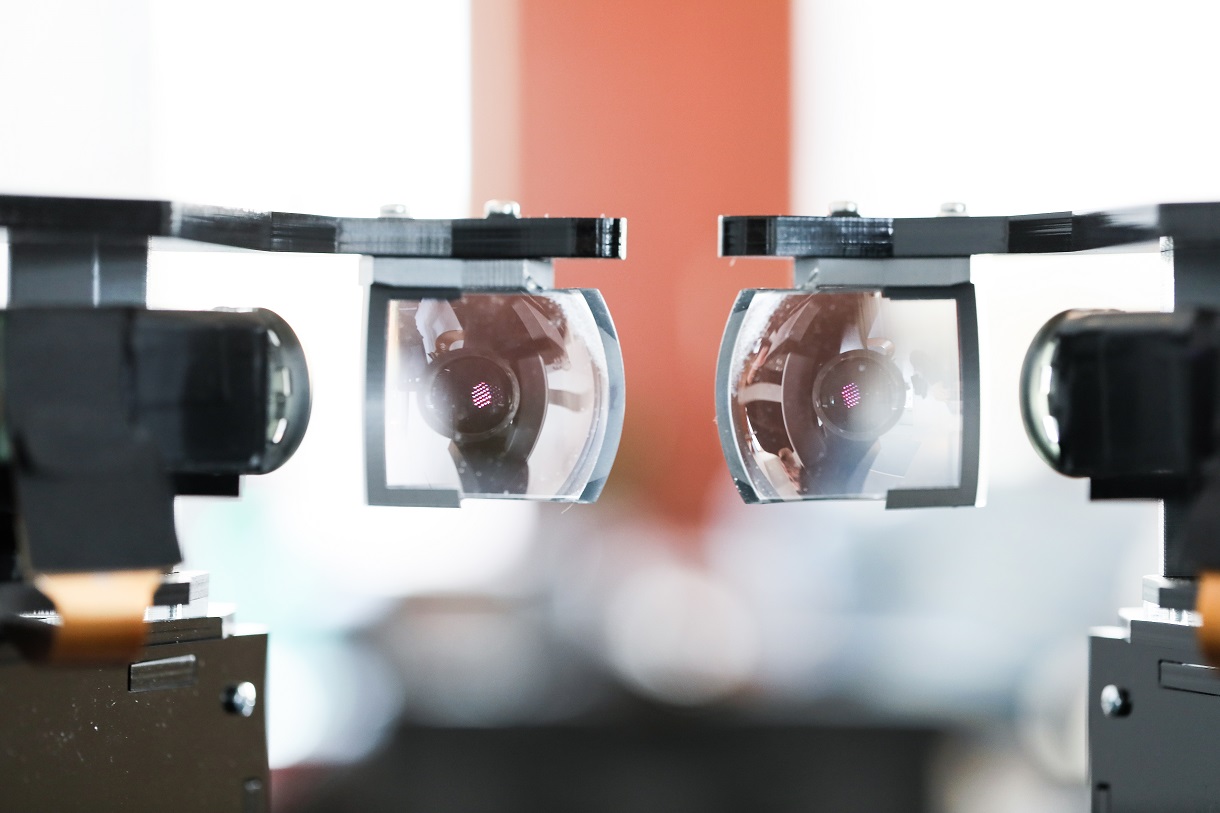 Existing virtual- and augmented-reality headsets are known to cause a feeling of nausea in most users. This is because of the way they create virtual objects: the system sets a fixed focal distance and the images are given depth by a programmed stereoscopic 3D effect. Devices at the more advanced end of the market use eye-tracking technology to adjust focus. But even this method does not get around the problem of accommodation, or the process by which the eye naturally adjusts as the distance to an object varies – so that closer objects appear sharper than distant ones, for instance. This phenomenon occurs when we try to focus on an object at different distances with one eye closed: bring it closer and the background becomes blurred, move it away and the foreground loses sharpness. In the real world, accommodation works in tandem with another natural process known as vergence, whereby our eyes superimpose two images to create a 3D illusion. But once we put on a headset, the harmony between these two processes is broken. It is this discord that causes us to feel an eye-strain and nausea. 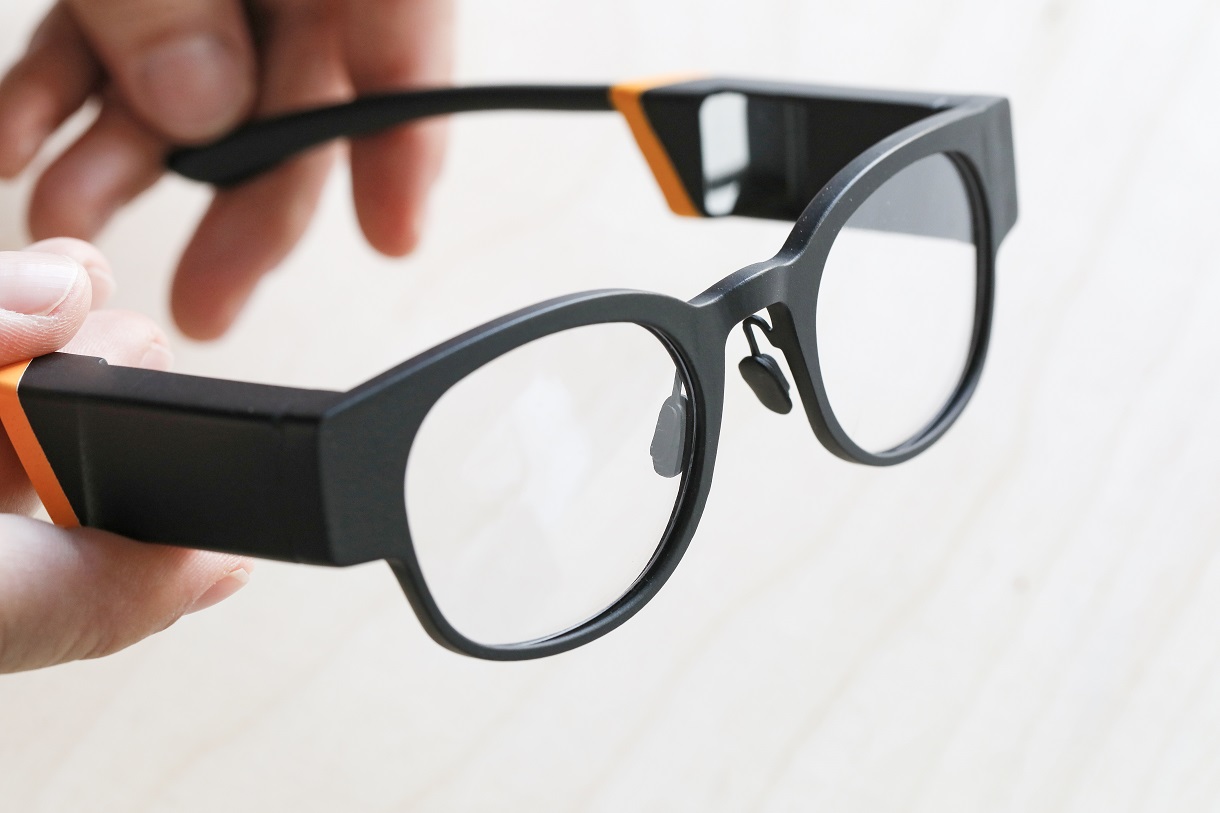 CREAL founder and CEO Tomas Sluka has developed a disruptive technology that solves the eye strain typically caused by headsets. His invention dramatically improves the light field, which is considered a missing key to comfortable smart eyewear because the quantity of light traveling in all directions is vital to producing a realistic visual experience. CREAL’s new technology generates a sort of simplified
hologram that brings real-life detail and depth to virtual scenes, with the light and color of each pixel changing according to the angle of view. This breakthrough resolves the conflict between accommodation and vergence, allowing the wearer’s eye to function naturally and eliminating the sense of nausea. 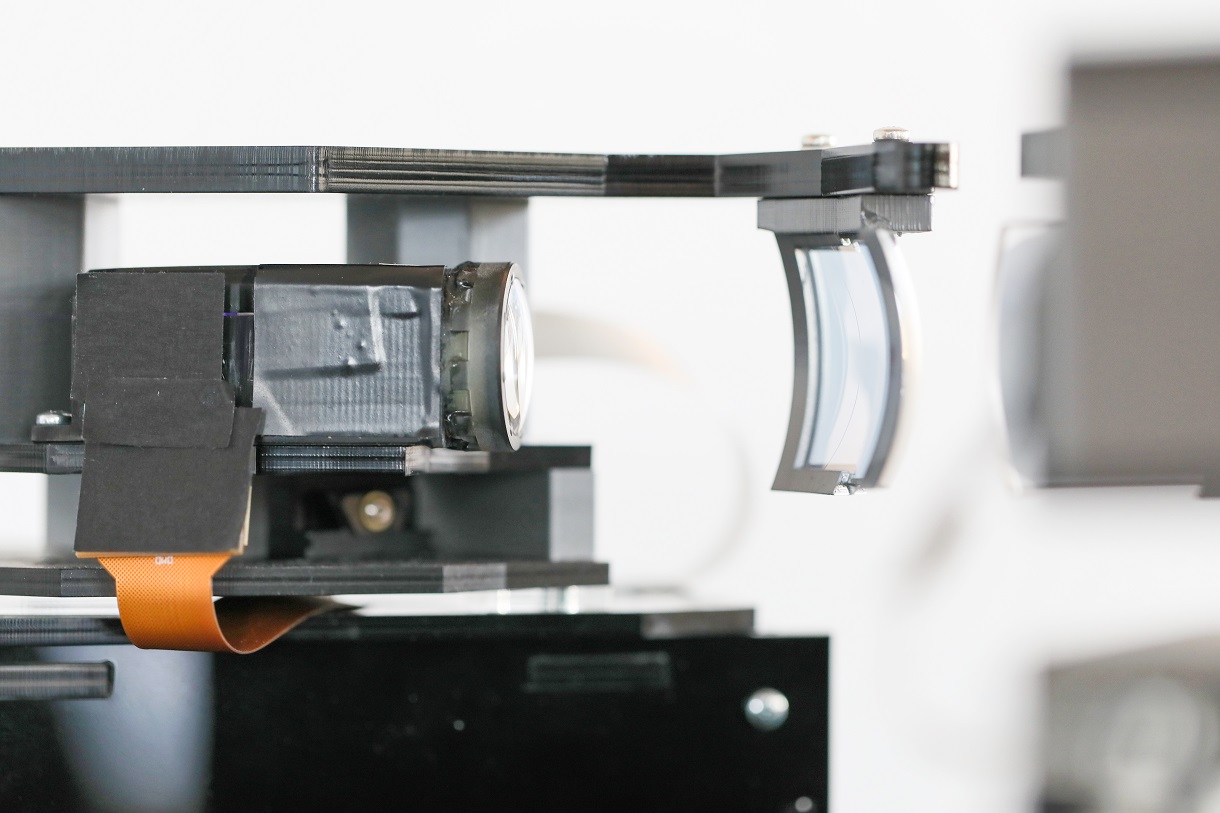 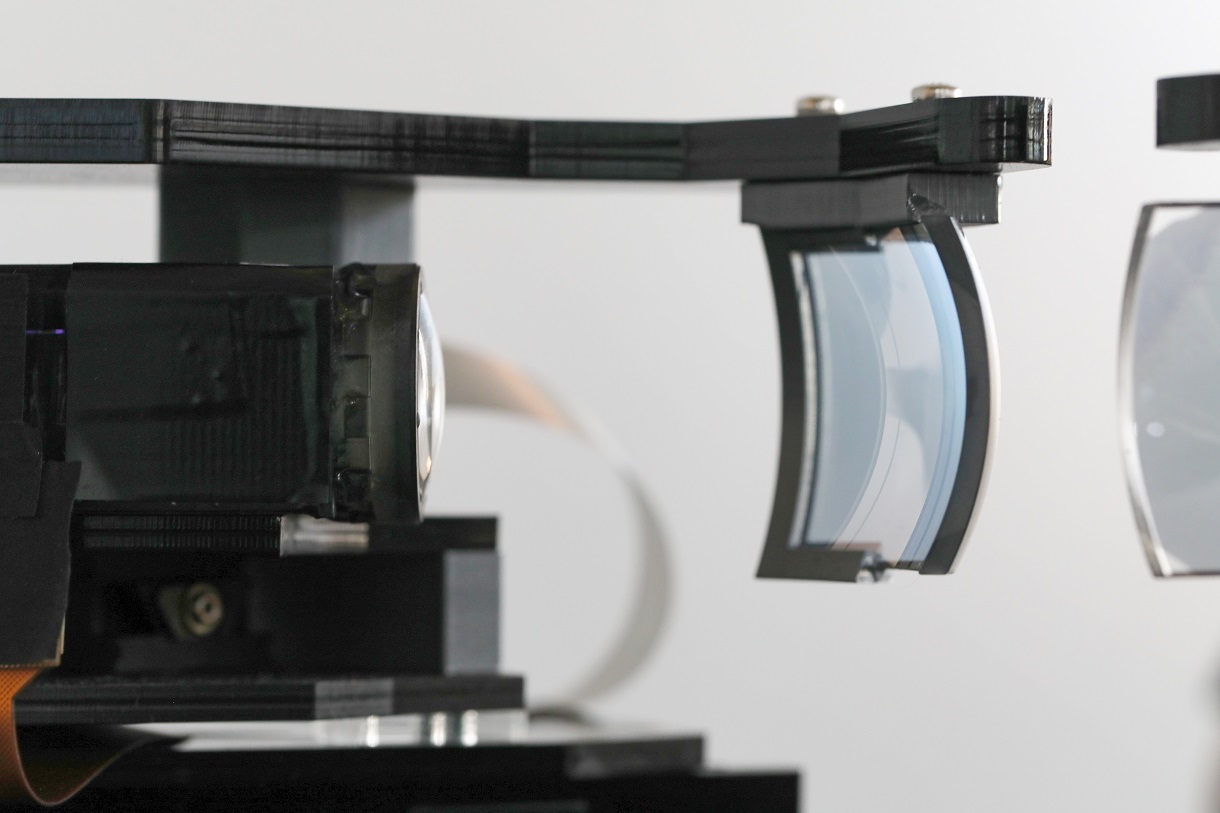 Sluka is keen to maintain his startup’s competitive edge and is naturally keeping his cards close to his chest. “Our light field technology produces a more realistic effect than any other system,” he explains. “It can support hundreds of depth planes, from zero to infinity. The depth planes are distributed gradually, with more planes closer to the eye and fewer further away.” In fact, the technology is so powerful that people who normally wear corrective glasses can use it without them. The vision correction is done digitally. Although the functional prototypes are quite bulky and the startup still has some technical challenges to overcome, Sluka is confident that his system will find its way into augmented reality goggles at some point in 2021. CREAL has recently taken on 14 new hires and is ready to shift up a gear after raising 7.3 million Swiss francs late last year, including 4.3 million francs from investors, a 2.5-million-franc grant from the European Innovation Council’s deep-tech champions program, and a 500,000-franc loan from the Foundation for Technological Innovation (FIT). Sluka believes that, a decade from now, we will all be wearing augmented reality goggles. If he is right, then the market for his startup’s technology – which he plans to make available under a license model – could be enormous.