Reading out qubits 100 times faster than before: new step towards the quantum computer 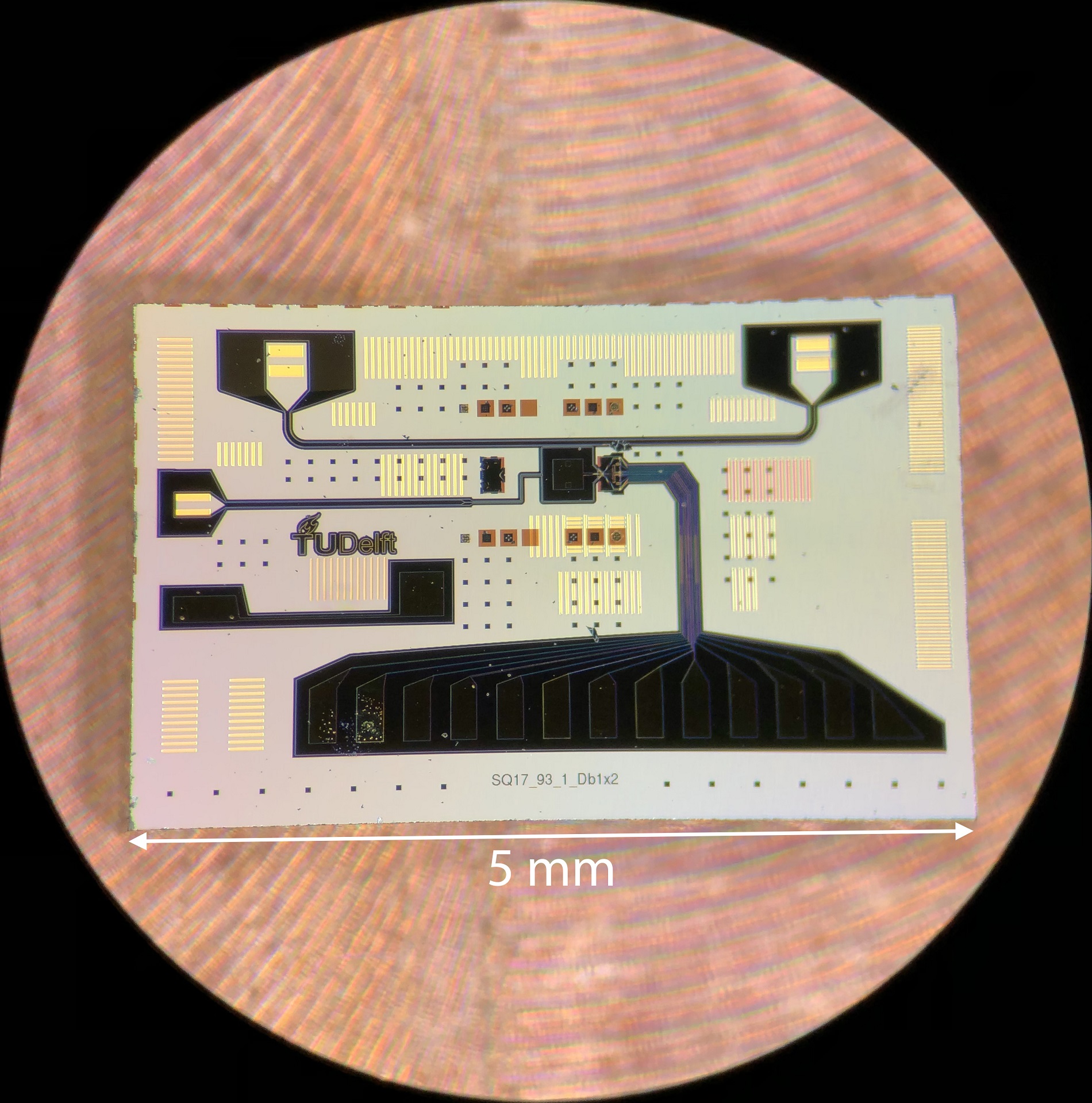 An operational quantum computer will require a quick, reliable and scalable read-out of the state of the qubits, the building blocks of this computer of the future. Prof Lieven Vandersypen’s group has become the first to show that all three prerequisites can be met simultaneously, a significant step forwards. The researchers from QuTech, a partnership between TU Delft and TNO, today published their findings in Nature Nanotechnology.

Qubits are the elementary building blocks of a future, super-efficient quantum computer. Their role can be compared to that of ordinary bits in a conventional computer. QuTech has made a significant step regarding the quick, reliable read-out of qubits, which also simplifies scaling up to more qubits.

Multiple types of qubits are under development with the ultimate goal of using them in a quantum computer. Vandersypen’s groupworks with quantum dots, individual electrons confined in silicon, which can each have a specific spin (up or down). “The compactness is one of the advantages of this method, alongside the fact that the quantum state of the electrons is preserved for a relatively long period of time,” says Guoji Zheng, doctoral candidate at QuTech and lead author of the article. “We also use silicon, the material already used for decades by the semiconductor industry for conventional processors. This means that our technology can be integrated into industrial manufacturing processes.”

“The signal from a single electron spin is very weak, so the read-out of the spin state happens via the change in the electron’s position,” explains Zheng. “In one of the spin states, the electron can escape from the quantum dot, changing the charge on the quantum dot. In the other state, it cannot. You can use an electrometer to measure any change in charge; but these are located next to the dot, and therefore obstruct any physical expansion of the number of dots and scaling up to more qubits.”
“That’s why, for a number of years, research has been conducted into an alternative read-out method in which a resonator is connected to an electrode – which anyway is already present to make the dot. The significant advantage of this approach is that scaling up is a lot easier, provided that the read-out method functions properly.” 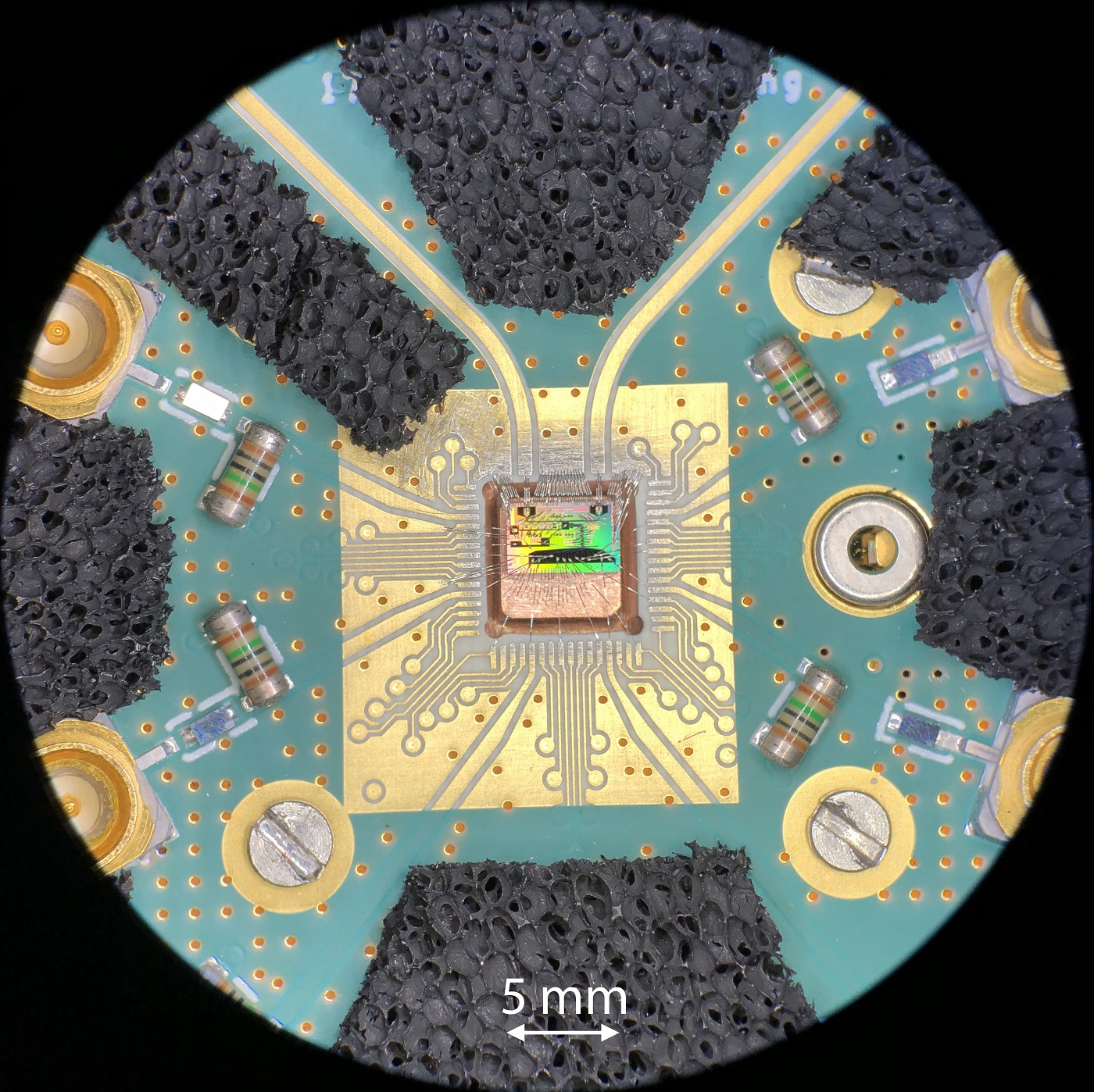 “But this method also had its limitations,” says Zheng. “The technique was not fast enough to read out before quantum states decay, and the signal-to-noise ratio (SNR) was poor.” However, the researchers have now significantly improved the quality of the resonators by placing them on the chip itself. “This means that we can read out 100 times faster than before. I believe we are currently the fastest for this type of qubit in silicon.”

No additional sensor is required for this novel read-out method, which means the quantum chip design can be simpler. The researchers have shown that this read-out can work well. What’s more, Zheng and Vandersypen think that they can further improve the quality of the read-out. “For example, by using a better amplifier of the electrical signal,” Vandersypen points out.
“Fast read-out is important for the application of quantum error correction, without which a quantum computer simply cannot function. This is the process by which we quickly detect and correct a faulty qubit, before the quantum state is lost.”
“If we are able to improve the quality a little more, we can confidently scale up the number of qubits in two dimensions, on our way towards a quantum computer.”

The Vandersypen lab at TU Delft belongs to QuTech, the Kavli Institute of Nanoscience and the department of Quantum Nanoscience.