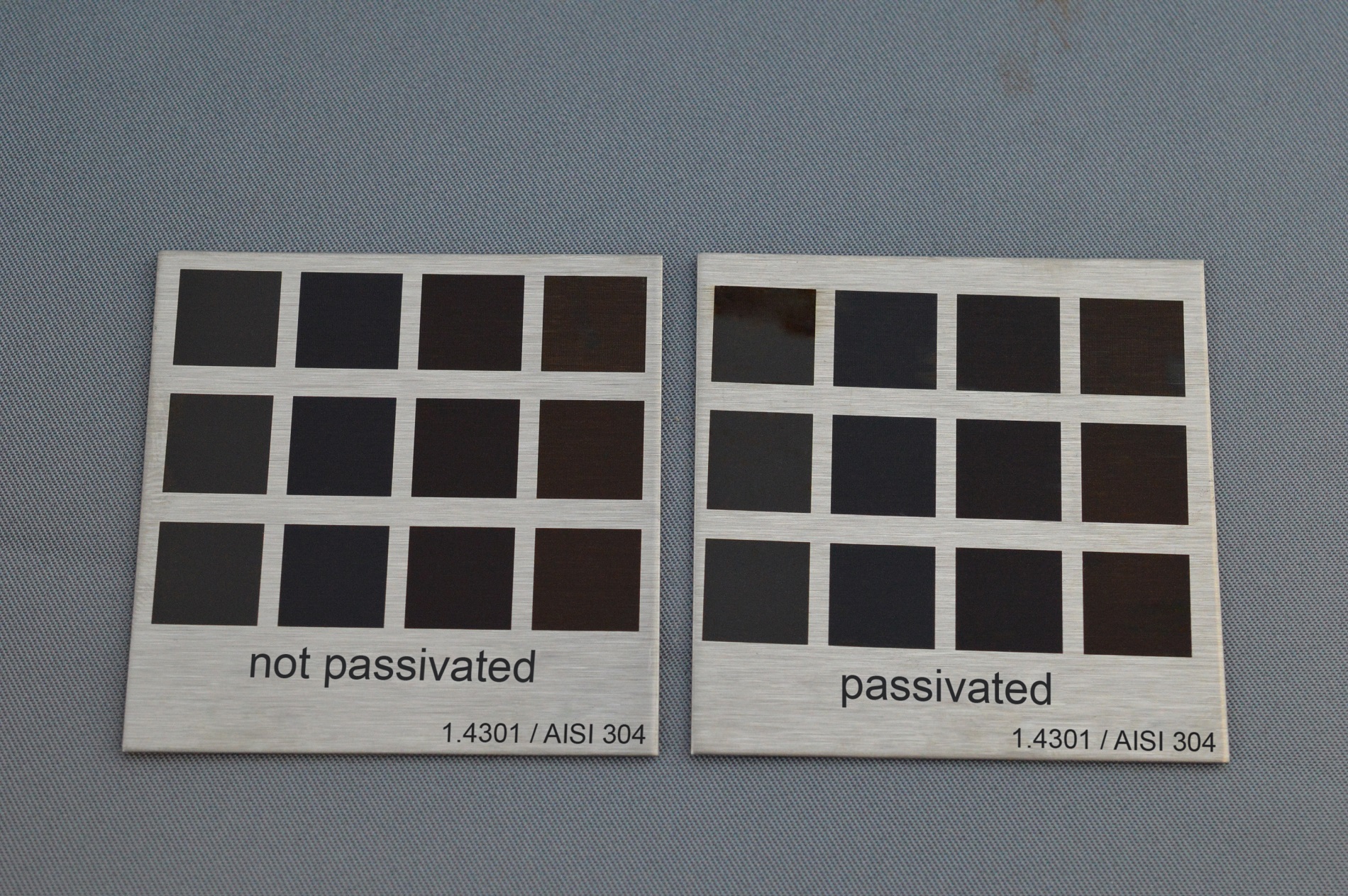 Picosecond laser-based systems provide a turnkey solution for permanent, high-contrast marking of stainless. They are ideal for applications from unique device identifier (UDI) marking of medical devices to consumer appliances, with no negative impact on surface passivation.

There is a growing need to apply identification, informational and logo marks to stainless steel devices and products, and these marks must meet several strict criteria which largely preclude the use of traditional (non-laser) techniques such as printing or engraving. For medical products for example, repeated use devices are legally required to have a unique device identifier (UDI), but a major drawback of printing is that it is not permanent and will fade with repeated sterilization (autoclaving). In contrast, engraving will compromise the surface passivation requiring chemical reprocessing; plus, it leaves a surface texture that can trap contaminants or, in the case of implantable devices, cause irritation. And for non-medical applications, printed marks can become difficult to read after shipping, handling or storage, and also permit purposeful counterfeiting.

There are several well-established approaches to laser marking, and numerous industries have used these techniques for decades. Carbon dioxide (CO 2 ) lasers, solid-state nanosecond pulse width (called DPSS) lasers, and nanosecond fiber lasers are widely used for this purpose, depending on the particular material involved. These diverse laser marking applications involve producing a change inside the bulk of the material, a color change on a surface, or a macroscopic variation in surface relief (e.g. engraving) or texture that is easily visible.

Lasers with nanosecond (ns) pulse widths are sometimes used to create a semi-permanent mark on stainless steel. These high contrast marks provide an affordable solution for single use medical devices and consumer products where humidity is never encountered. However, there are certain limitations that preclude the use of ns laser marking, particularly for re-usable medical devices.

These limitations stem from inherent aspects of the marking mechanism together with the passivation that provides corrosion resistant surfaces on stainless steel products. Passivation is employed because mild steels are easily corroded by oxidation (rust). The use of stainless steels (alloys that contain a high chromium content) eliminates this problem because oxidation of the surface chromium atoms leaves a thin protective outer layer of chromium oxide. This passivation can occur naturally, but the thickness and integrity of the passivated layer is usually enhanced by chemical treatment with a mixture of acids (nitric, citric) such as Citrisurf®. Importantly, the passivated surface is left with no exposed iron atoms. 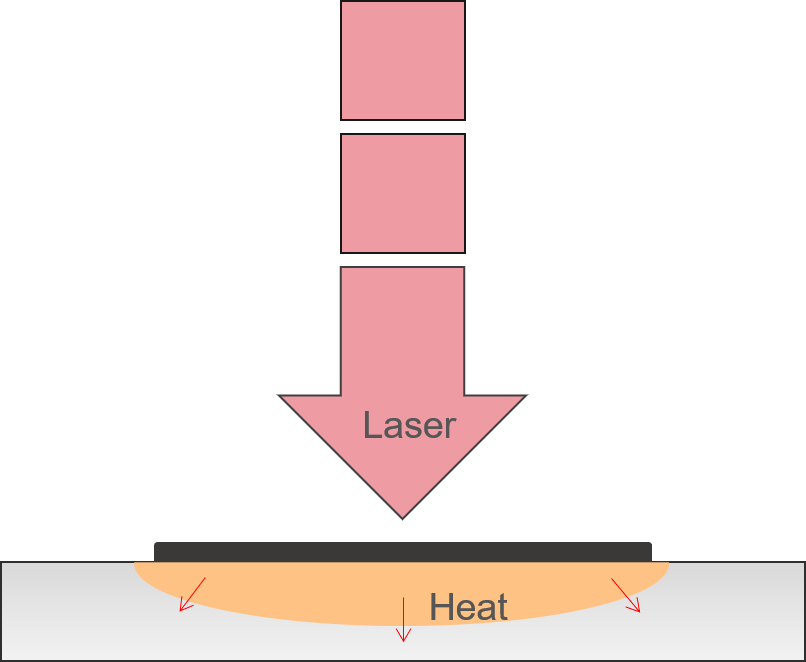 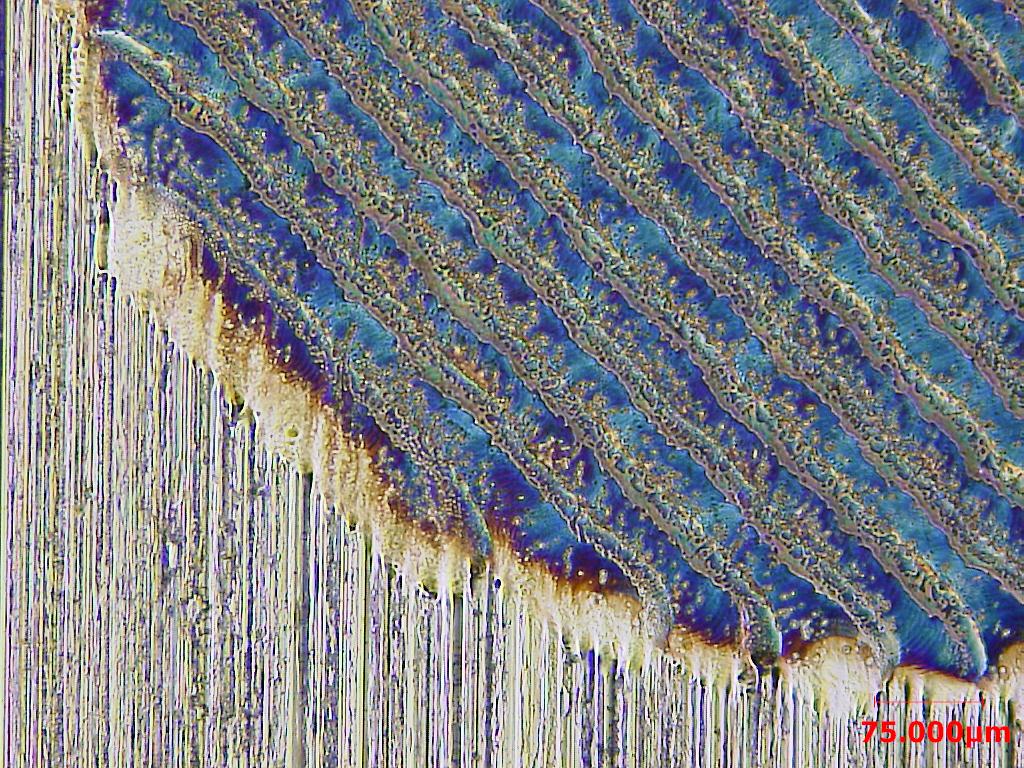 Figure 1. Nanosecond lasers mark stainless by a thermal process that creates a layer of dark material.

In terms of laser technology, a pulse width of tens or hundreds of nanoseconds is relatively long. Moreover, these lasers are limited to a maximum pulse repetition rate of 100 kHz, so the high average power needed for fast throughput translates into high pulse energy. As a result the interaction of the laser and material is primarily photothermal, where intense heating produces localized melting and the mark results from chemical/structural transformation of the steel (figure 1). This transformation includes diffusion of the chromium away from the surface layer, oxidation of both chromium and iron atoms generating different oxides of both metals, de-mixing (dilution) of the alloy components, and changes in the phase/grain structure of the re-solidified metal.

While this type of chemical/compositional mark is suitable for some stainless applications, it cannot be used for UDIs on re-usable medical devices for several reasons. Most importantly it severely compromises the passivation of the steel surface, as confirmed by the appearance of significant corrosion after a single test cycle: 50°C, 5% salt water spray, for 72 hours.

Several other limitations of ns fiber laser marking reduce its utility for other applications, especially aesthetic (e.g., brand logo) applications. First, the color and contrast of the mark changes with viewing angle. Second, this appearance is very sensitive to process conditions, presumably due to variations in the thickness of the affected layer and the grain size within the transformed layer. Consequently, consistent results can only be obtained in a very limited process window. In addition, the thermal stress from the localized heating can deform thin items such as sheet and tube substrates. 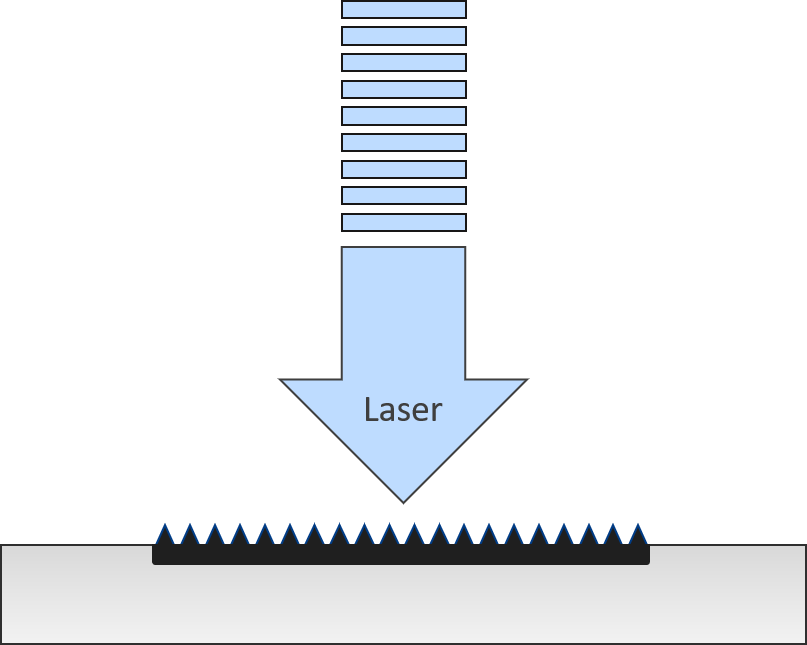 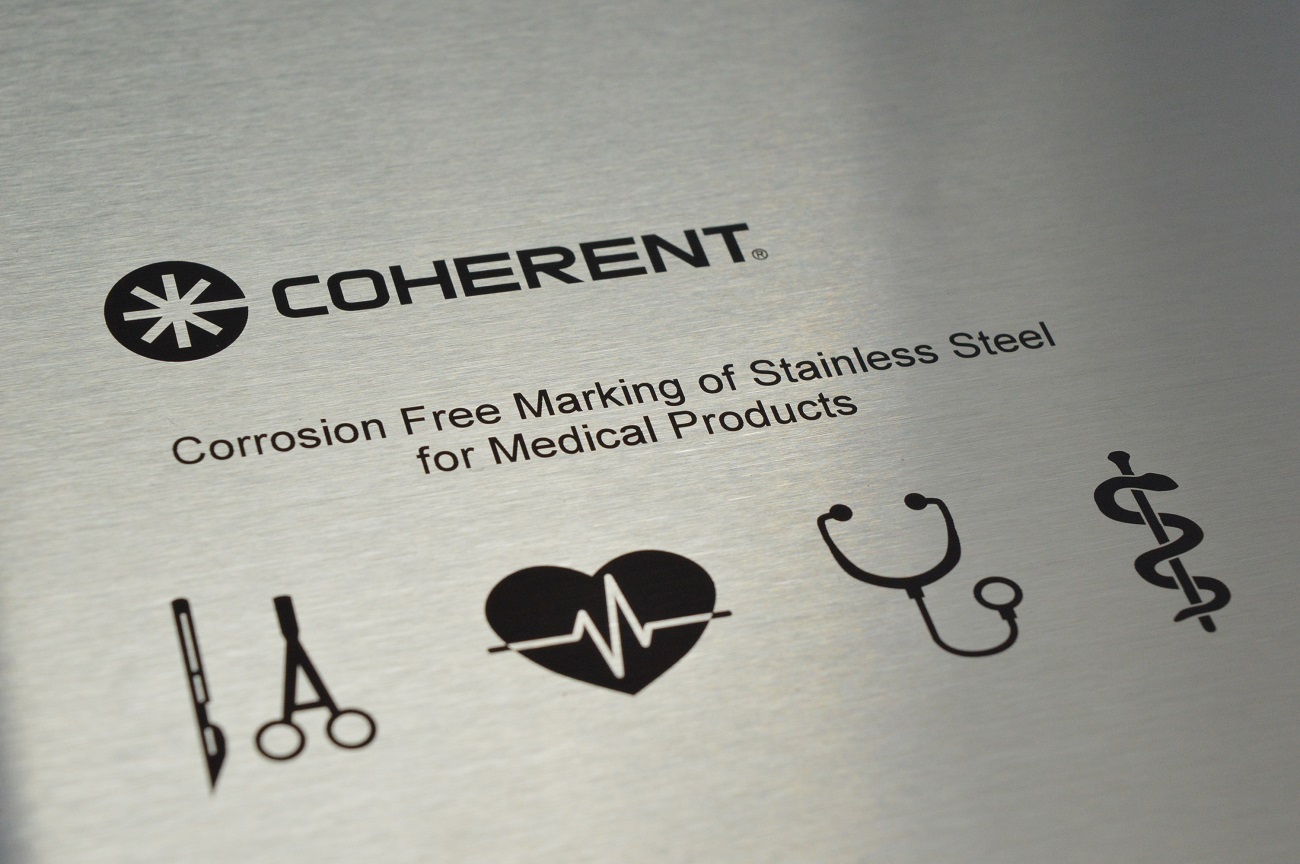 Figure 2. The short pulses of a picosecond laser create a surface texture that traps light, leaving the underlying material unaffected.

Fortunately, a relatively new laser process, called black marking, avoids these limitations. This technique relies on the use of lasers that deliver pulse widths in the 10-20 picosecond range (such as the PowerLine Rapid NX), i.e., 10,000 times shorter than typical ns fiber lasers. So even though the pulse energy may be 100X lower than with ns lasers, the peak power (pulse energy/pulse width) can be 100X greater. The combination of high peak power with short pulse duration results in a very different and more subtle transformation of the metal surface, as shown schematically in figure 2. Just as important, the pulsing mechanism – called mode locking – used in these picosecond lasers supports pulse repetition rates as high as 1 MHz. Thus the laser can deliver the high average power (&gt;10 watts and beyond) needed for cost-effective high throughput, but without generating the high pulse energies that characterize ns lasers, and avoiding unwanted thermal effects.

When a picosecond laser impacts the steel surface, it creates a high contrast black mark. While this appears superficially similar to the ns laser marks, it is of a quite different form. Specifically, the short pulse duration minimizes the thermal buildup and limits any liquid phase to the outer few layers of atoms. The main result is the formation of a nanoscale surface texture called Laser Induced Periodic Surface Structure (LIPSS) that acts as a light trapping surface. This is accompanied by minimized diffusion of the metal atoms and limited de-mixing, together with only partial oxidation of surface chromium and iron atoms.

So whereas ns lasers produce a mark consisting of chemically transformed black material, the ps laser creates a surface that appears black, but whose chemical composition and alloy distribution are barely affected.

Black marking of stainless steels offers a unique combination of advantages that explain the fast growing demand for this process in re-usable medical devices, consumer appliances (“white goods”) and other products. First, the marks are extremely dark, providing very high contrast that maximizes readability for both human and machine vision readers. Just as important, neither the color nor the contrast is affected by changes in viewing or illumination angles, further adding to their readability.

Figure 3. Corrosion resistance. These marks on 1.4301 reference samples show the results of a 72 hour salt spray test for a black mark (left) and a black mark followed by a passivation cycle (right). Both samples are essentially unaffected by the corrosion test.

For the re-usable medical device market, there are two important passivation benefits; first, the marking process does not compromise a previously passivated surface. Next, where the marking is performed before passivation, subsequent passivation does not cause the marks to fade in any way. This robustness and flexibility to apply the mark at different process steps maximizes its value and lowers its cost impact. Figure 3 shows an example of corrosion test reference samples of 1.4301 stainless steel, where both were black marked using identical process conditions, but only one of the samples was re-passivated with Citrisurf®. Both samples were then subjected to a corrosion test of 72h in 50°C, 5% salt water spray. Clearly, there is virtually no difference in the marks’ ability to withstand corrosion. Other stainless steels show similar results, and while marks on some lower quality steels are very slightly faded by this type of corrosion testing, they are still very readable with no signs of surface corrosion/oxidation. Similarly, figure 4 shows the ability of back marks to withstand subsequent passivation. Here a 2D barcode mark was subjected to a typical passivation ycle of immersion in 7% Citrisurf® 2250, for 20 min @ 50°C. No significant change in mark readability is seen. 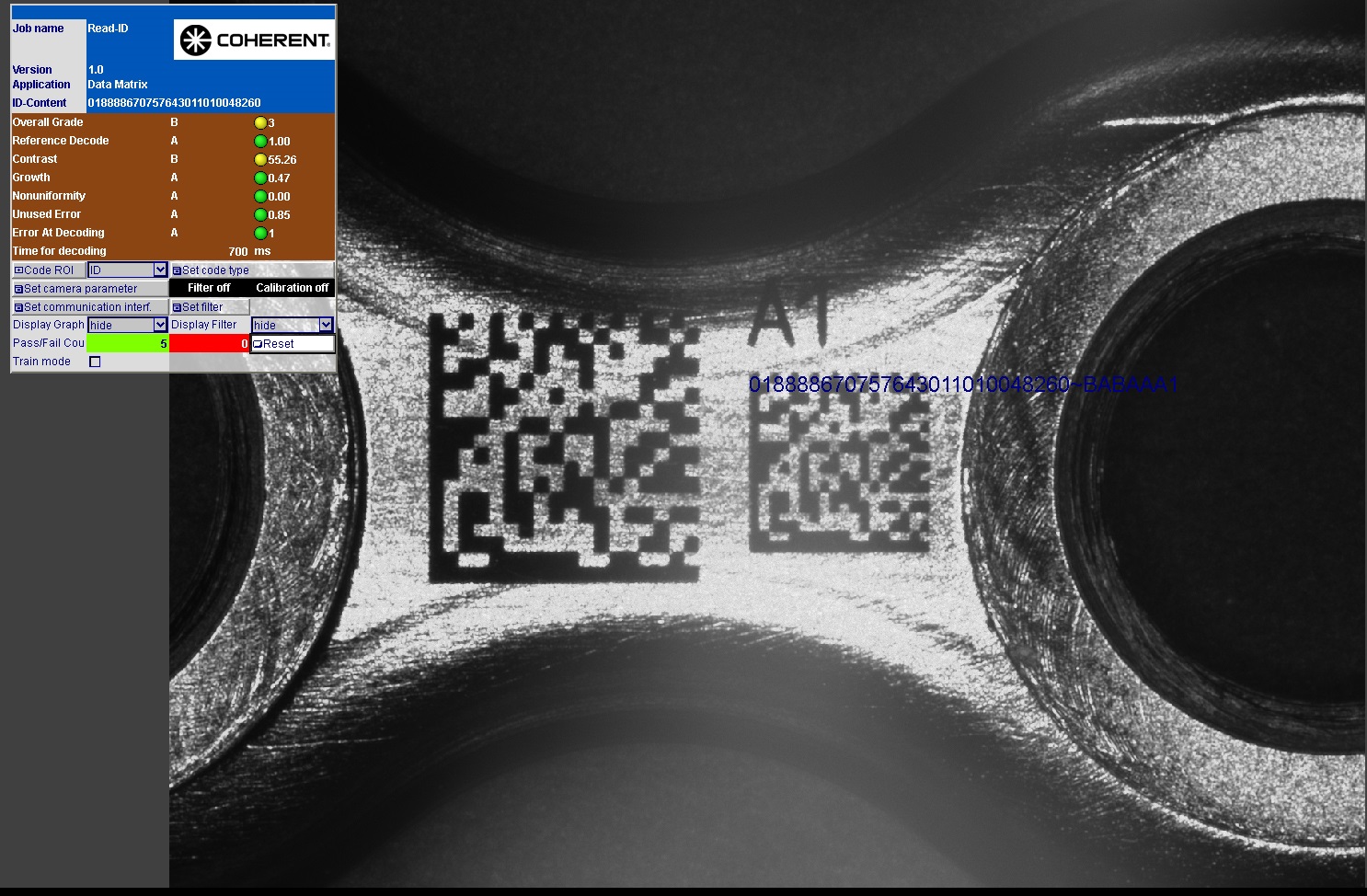 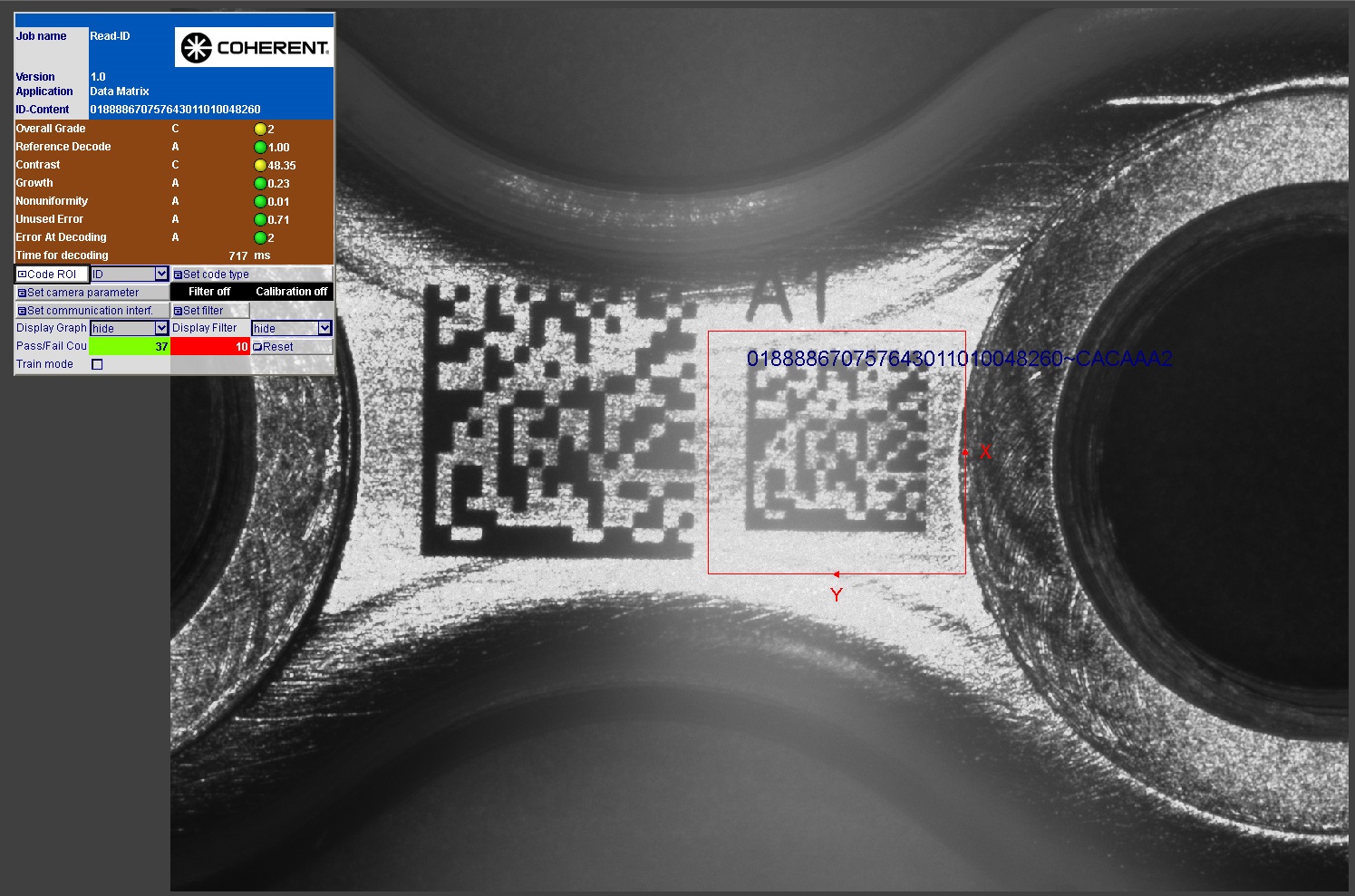 Figure 4. These images show a black mark before and after being subjected to a 20 minute Citrisurf® passivation process. The passivation does not affect mark contrast.

Similarly, black marking does well when subjected to the repeated re-processing (i.e., autoclaving) that re-usable medical devices typically experience. Figure 5 shows a typical UDI mark, containing alphanumeric data and a 2D barcode, after 50 cycles of autoclaving. There is no fading of the mark and just as important, no signs of any surface corrosion. 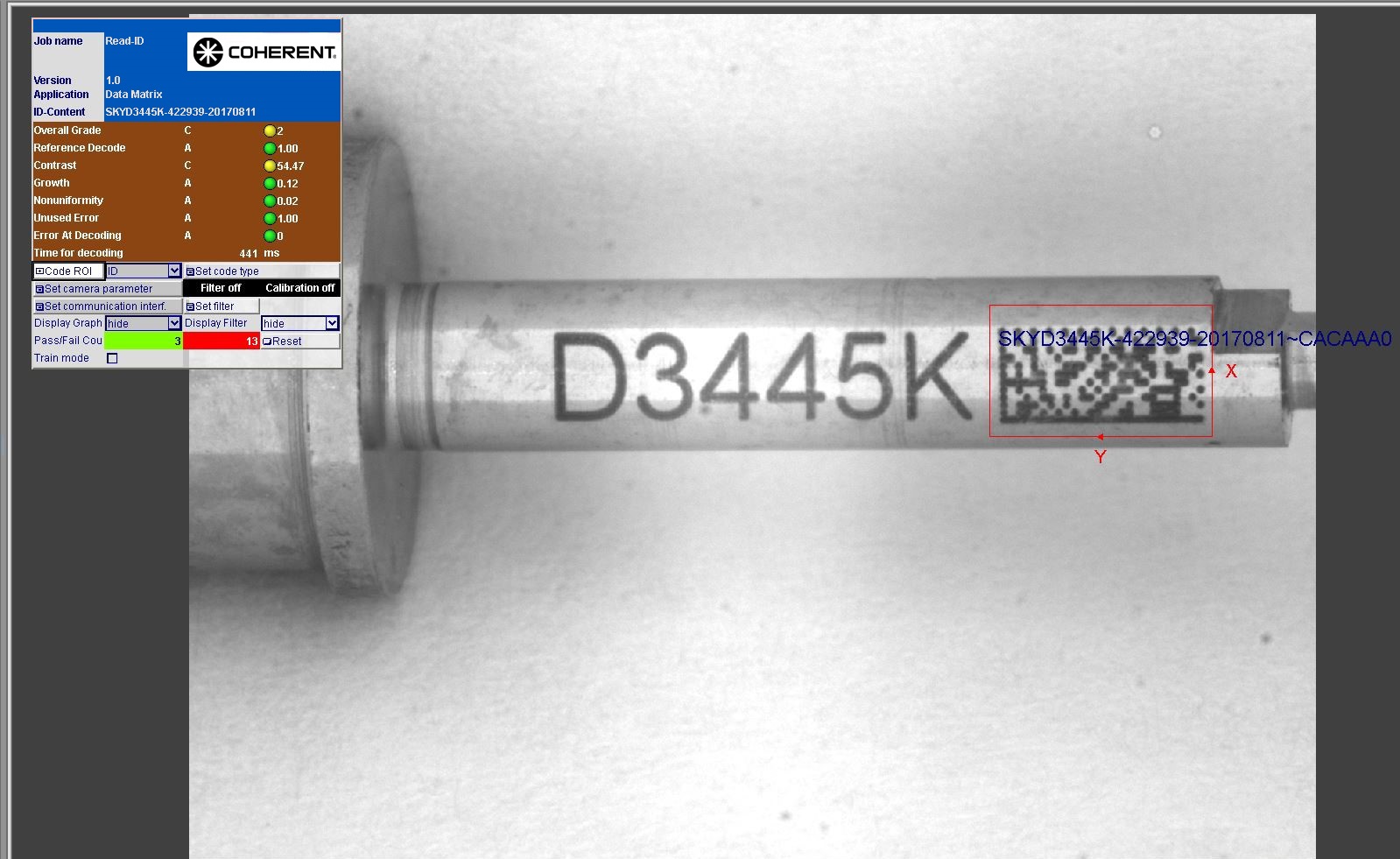 Figure 5. This image shows a UDI mark after 50 autoclaving cycles with no significant effect on readability and no observable corrosion

Another important advantage of black marking stems from the minimal thermal effects associated with this process. Specifically, it is well-suited for use with thermally vulnerable and fragile parts, such as wires, tubes, thin sheets and small implants, with no risk of any shape change to these parts.

From a practical manufacturability standpoint, it is important to note that the process results are fairly insensitive to changes in the laser power, focus and so forth, unlike the case with ns lasers. This results in a large process window, maximizing both throughput and yield.

Picosecond lasers are well-proven over the last 15 years; for example there are hundreds of the Coherent PowerLine Rapid NX in the field. But, with the exception of laser job shops and specialty tool builders, most applications today need much more than just a laser. Coherent supports this need with different levels of integration. The two most popular are laser sub-systems such as the PowerLine Rapid NX that includes a laser, beam delivery optics and scan head, and complete standalone systems including robotic automation – see figure 6. 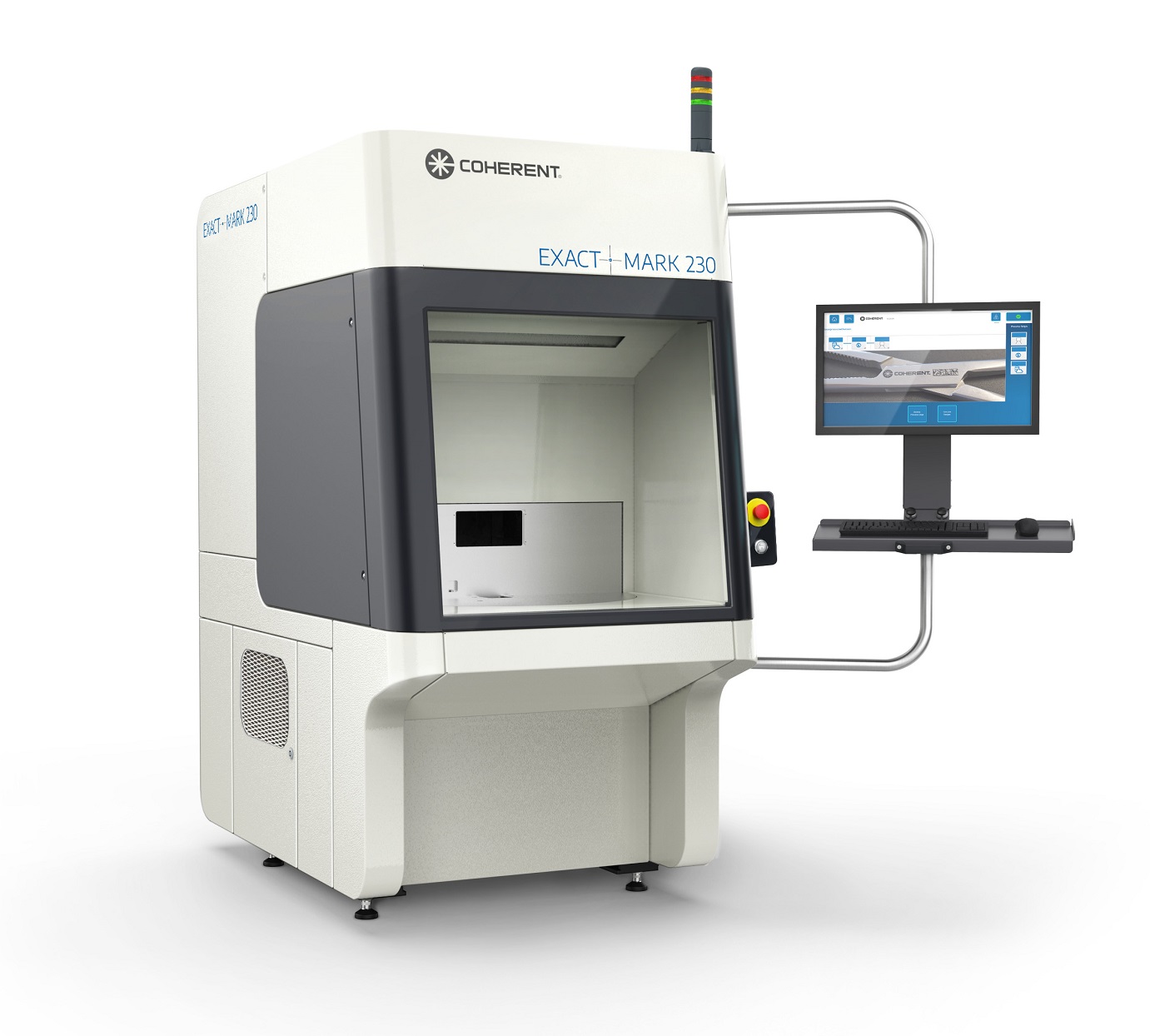 Figure 6. Turnkey systems for Black Marking applications are completely self-contained, including a robotic interface and a compliant exhaust system.

Both sub-systems and turnkey systems are supplied with a picosecond laser with a pulse repletion rate up to 1 MHz to enable fast marking. They also all feature the VisualLaserMarker (VLM) software suite. VLM consists of a graphic editor to generate the layout plus a CAD extension to import all common file types: DXF, BMP, JPG, PDF, and AI. Special objects and other parameters for marking are all easily configurable. The turnkey systems feature a granite mounting platform for maximum stability and mark resolution. The workspace is designed for maximum flexibility to accommodate different part sizes and geometries. Up to three linear axes of motion operate under servo control, and this can be combined with an optional rotary axis for tubes and other curved parts. Custom part fixtures and clamping can also be supplied. In addition, the turnkey systems include an optional vision system (both camera hardware and software) to enable automated pre- and/or post-processing inspection needs.

In conclusion, direct marking on stainless steel substrates is becoming increasingly desirable in order to comply with medical device regulations or for aesthetic (e.g., brand logo) purposes. A new laser process addresses this market need, providing a permanent mark that has no need for re-passivation and that is clearly legible even after tens of autoclave cycles.

Founded in 1966, Coherent, Inc. is one of the world’s leading providers of lasers and laser-based technology for scientific, commercial and industrial customers. Our common stock is listed on the Nasdaq Global Select Market and is part of the Russell 1000 and Standard &amp; Poor’s MidCap 400 Index. For more information about Coherent, visit the company's website at http://www.coherent.com for product and financial updates.